Safe.Cash Raises $1.12 Million From Top Fintech Investors to Usher in the Era of Digital Cash

Safe Cash Payment Technologies (http://www.safe.cash/) has raised $1.12 million from leading technology and business investors, including Bialla Ventures, InfoSpace founder Naveen Jain, veteran trader Vuk Bulajic, Vinh Vo and founder Chris Kitze. The revolutionary new platform, which is set to go live later this year, is the first to let consumers take cash to a bank and purchase digital tokens which preserve the privacy and universal acceptance of cash, while adding in the security and digital portability of cryptocurrency.

"Trillions of dollars are transacted in cash globally each year," said founder Chris Kitze, "representing 85 percent of all global consumer transactions. Instead of asking how to make a digital token like bitcoin more globally accepted, we've taken the universally accepted currency of cash and made it digital."

Initial partner banks will be announced in Q4 2015, with the platform set to go live shortly thereafter. The ingenious Safe Cash utilizes digital wallets with end-to-end encryption -- which will be available on iOS, Android and other mobile platforms -- and partner banks. Following a legal and straightforward fact-pattern, cash stays in the bank while consumers can spend the tokens as freely as if they were cash, swapping them for local currency at partner banks whenever they desire. The Safe Cash system will eventually support euros, U.S. dollars and other fiat currencies.

"While this is a boon to consumers, it is first and foremost a fully compliant, legal banking product," said Kitze. "Safe Cash is a secured digital payment system that enables banks to do things they can't do now. Consumers and merchants will greatly benefit from person-to-person e-commerce, store of value without digital asset fluctuation risk, and eventually, cross-border payments and remittance.

Kitze, a serial entrepreneur who has created companies with more than $8 billion of market capitalization over his 25-year career, was on the IPO team of Lycos, and founder and CEO of Xoom.com and NBCi (the merger of Xoom.com and Snap.com). His management team includes other technology and finance veterans.

Founded in December 2014, Safe Cash is the first payment system to allow cash to be used as a digital asset, with member banks storing U.S. dollars and providing tokens which are redeemable for cash. The system is designed to work globally and on most mobile phones.
All product and company names herein may be trademarks of their registered owners.

- Safe Cash Speeds up Blockchain to 25,000 Transactions per Second

- Bitaccess Extends Instant Bitcoin Purchases to nearly 1,000 Locations in the US.

- New Book by David R. Warwick Pegs the Cost of Cash in the US at $660 Billion per Year

- Buy Bitcoin at over 4,000 stores around Australia using Flexepin 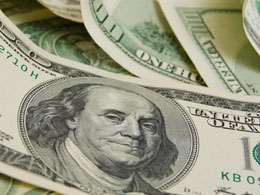 Safe Cash Payment Technologies, a blockchain-based digital cash platform that will enable consumers to purchase digital tokens in exchange for cash, has raised $1.12m in seed funding. The San Francisco-based company procured funding from investors including InfoSpace founder Naveen Jain, who said the platform was "on to a very disruptive idea". Speaking to CoinDesk about the platform, which uses a litecoin-compatible private blockchain and is expected to launch early next year - Chris Kitze, the firm's CEO, said: "Our platform is a permission-based blockchain that's licensed to and.... 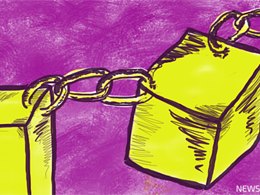 A blockchain startup that will enable the purchase of digital tokens for cash has raised $1.2 million in equity financing. Safe Cash Payment Technology (SCPT), as the startup is called, aims to amalgamate the traditional banking protocols with the Bitcoin-led digital currency systems. The service briefly involves banks in the process of selling its native digital currencies by appointing them the role of distributors. Customers only need to visit these banks and purchase the digital tokens in exchange for cash. Though a highly centralized system, SCPT ensures its protocol to be the easiest.... 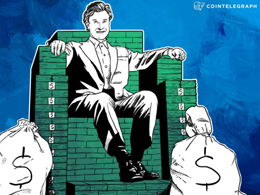 Where the Money Goes When Digital Currency Startups Raise Capital

With venture capital investments in FinTech startups booming, at a record US$315 million raised in 2014 and more in 2015, we wondered: Where is all this funding being spent, and why are those in the digital currency business not living a more “FunTech” lifestyle? Stories from Silicon Valley commonly tell of newly minted tech startups splashing millions of dollars of investors' cash on lavish offices, expensive parties and high salaries. For the digital currency sector, however, the funds are visibly rolling in, but it's not always as clear where these startups spend their capital. There's.... 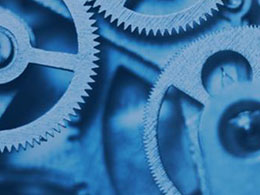 Digital BTC, an Australian Bitcoin company that is publicly traded on the Australian Securities Exchange (ASX) as Digital CC Limited has secured a $3.5 million AUD funding round by a group of institutional and individual investors to launch a remittance-focused product, AirPocket. CEO and founder Zhenya Tsvetnenko specifically explained that the funds from the "investment will be used accelerate the rollout and commercialization of AirPocket in Latin America and Caribbean." The company was originally seeking for a $3 million AUD funding round, until the demand from local investors rose and.... 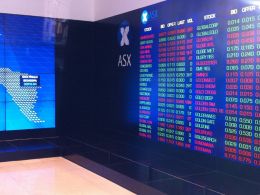 Permissioned ledgers continue to be the trend in the blockchain industry. According to Bloomberg, blockchain startup Digital Asset Holdings, which is run by former JPMorgan Chase Executive Blythe Masters, has raised $52 million and has a deal with ASX to bring Australian stock settlement into the digital age. Participants in the investment round included JPMorgan, Citi, Accenture, the Depository Trust & Clearing Corporation (DTCC), CME Group and ASX. ASX, the company behind Australia’s stock market, is said to have put $10 million of their own cash into the funding round. In an....
Bitcoin