Although the Bitcoin market is now turning relatively bearish amid stabilizing consumer interest and drying up of media coverage, the currency continues to witness improvements in value, albeit at a more sustainable rate than hitherto recorded.

As one of the most disruptive forces in modern finance, bitcoin took the financial and monetary system by storm. Over the last four years, strong adoption of the technology by people helped transform bitcoin as the most successful digital currency.

A revolution in the concept of currency, and widely touted to be the future of money, bitcoin is currently eliciting a mixture of interest, fevered speculation, intense hype, praise, pessimism, skepticism, criticism, and fear, among governments and individuals worldwide.

The recession played an instrumental role in catalysing the development of the “bitcoin virtual currency system.” The complete collapse of financial ethics and the central banks’ inability to ensure the safety of a country’s banking system and protect the credit rights of the people, brought to fore political corruption, and bureaucratic influence over the financial services sector. The public resentment against the monetary system provided a fertile environment for the development of a monetary exchange system outside the ambit of the current government influenced monetary system and provided the reason for developing a free distributed currency system insulated from government interference.

As debt ridden governments begin to utilize private savings, pension funds and bank deposits to pay off debts as evidenced by the “Cyprus Bank Heist”, the bitcoin concept offers the much awaited promise of wealth protection for citizens. As central banks scurry to devalue fiat currencies, bitcoin provides the much required refuge against erosion of wealth and savings. As financial markets obfuscate currency and money math to confuse investors, bitcoin pledges transparency, trust, and confidence. As a panacea for the numerous ailments of the current financial system, the bitcoin currency system has been witnessing massive popularity as the first step forward in the evolution of progressive currency systems.

With current global market stability still continuing to be a challenge, bitcoin continues to proliferate. International efforts to build a stronger and robust financial system, immediately following the 2007-2009 world economic recession, still represents an unfinished priority for governments worldwide. A balanced approach towards instating financial stability continues to elude the European and the US government.

In the United States, the decision to raise the debt ceiling indicates failure to curb the government’s spending and debt levels, the long-term implications of which include hyper-inflation and reduction in the value of the dollar. In Europe, continuous intervention of the European Central Bank (ECB) to bailout distressed member countries in addition to raising the risk of hyperinflation also increases the risk of migration to other safer investment options like gold and bitcoin. With governments across the world printing paper currency to increase the flow of funds in the economy in a strategy popularly called “quantitative easing”, the resulting inflation and devaluation of money is feeding interest, among staunch supporters, in the revolutionary concept of bitcoin.

China emerged into a leading player in the bitcoin market largely due to the laissez faire approach adopted by the Chinese government. The Chinese government also actively supported the publicity of bitcoin until recently through government sponsored media coverage. The result of veiled recognition and government support of bitcoin was felt across China with the country threatening to possess the ability to potentially change the rules of the game by transforming bitcoin into over a trillion dollar cryptocurrency market.

This early Chinese dominance compelled the United States to cautiously soften its regulatory stand to prevent falling back in the bitcoin race. This change in regulatory stand enabled US businesses to help bitcoin make a price comeback post Chinese crackdown. The recent crackdown on bitcoin trading by the Chinese government which fuelled widespread fears of China losing its dominance in the bitcoin game, witnessed the currency bounce back with unexpected vigour. Bitcoin’s successful survival in China marks the resilience of the currency and the ineffectiveness of regulatory measures to quell the currency’s popularity, thus opening up a new epoch in the lifecycle of the bitcoin market.

Global Industry Analysts, Inc., (GIA) is a leading publisher of off-the-shelf market research. Founded in 1987, the company currently employs over 800 people worldwide. Annually, GIA publishes more than 1300 full-scale research reports and analyzes 40,000+ market and technology trends while monitoring more than 126,000 Companies worldwide. Serving over 9500 clients in 27 countries, GIA is recognized today, as one of the world's largest and reputed market research firms.

- Strevus Announces Support for the Bitcoin and Cryptocurrency Market

- Bitcoin Buckles Under Tightened Regulatory Vigil, According to New Report by Global Industry....

- ForexMinute Publishes a New Report in Its Litecoin News Section 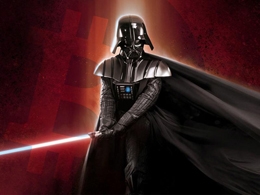 Bitcoin.com presents the ten most popular and well-known villains (in no particular order) that have had a negative influence on the image of Bitcoin and the cryptocurrency industry as a whole. As the world’s first ever, truly-global, decentralized, peer-to-peer currency, Bitcoin has certainly had its share of ups and downs. Some of Bitcoin’s most memorable moments have involved individuals who have used or smeared the technology for their own personal interest at the expense of the community at large. But while these individuals could certainly be called “villains” by many, it is also.... 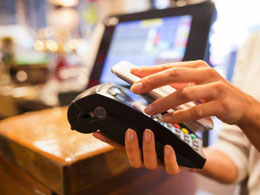 Bitcoin and cryptocurrencies are part of a technology "megatrend" that could change the fundamental mechanics of transactions, according to a new report from Goldman Sachs' equity research analysts. Bitcoin, along with improved payment security, 'big data' analytics and faster payment networks are the components of a technology trend that will disrupt the payments ecosystem, the report says. The disruption of the $1.2tn global payments industry will be also be driven by converging trends in regulation, global demographics and the rise of markets outside the United States. The report says:.... 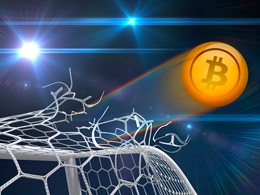 In the wake of a clampdown on daily fantasy sports operators in New York State, Nevada and elsewhere, the benefits of Bitcoin are receiving attention once again as a potential deal-breaker. Fantasy sports players create sports teams, the success of which is measured against the real-life success of each athlete, and often bet money on this success. The phenomenon has over 56 million players in North America and half a million in New York, but has come under increasing regulatory pressure in recent times. “Daily Fantasy Sports are creating the same public health and economic concerns as.... 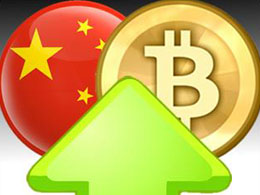 A recent report released by the world's leading investment bank Goldman Sachs has revealed that the currency pair Bitcoin-Yuan comprises of 80% of the global trading volume on the Bitcoin exchanges. The report titled, "The Future of Finance: Redefining The Way We Pay in the Next Decade," was written by payments analysts at the bank's research division, James Schneider and SK Prasad Borra. The second highest traded currency pair is BTC/USD. However, the report failed to touch upon the fact that Chinese exchanges often don't charge any fee for trading, leading to a spurt in trading.... 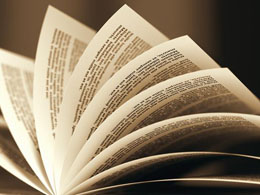 Mercator Advisory Group has published a research note on global bitcoin regulation, making it the latest established name in the financial industry to release a report on bitcoin. The note, titled 'Global Digital Currency Regulations: Divergent Paths', examined trends in digital currency regulation and concluded that industry development is currently hampered by a lack of regulatory consistency. "The global payments industry has been taken aback by the rise of the new payment technology represented by bitcoin and other digital currencies, which at its core has the potential to radically....
Bitcoin