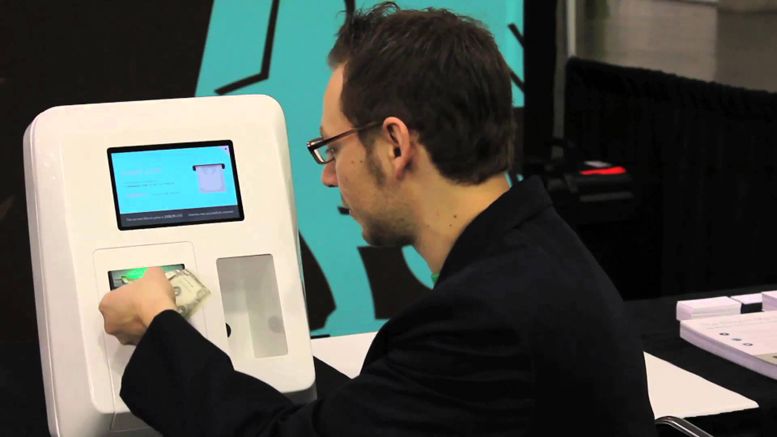 Within the first four months of sales, the world’s leading Bitcoin ATM manufacturer has received over 120 orders for their sleek countertop machines.

After reaching the 100-machine landmark, Lamassu, Inc. set up an online map of bitcoin ATM destinations that will continue to be updated as the machines go live. Over a dozen ATMs have already been delivered, and the rest of the orders will all be shipped by Spring 2014.

“We’ve had orders from all over the world. We will be shipping to 25 different countries, ranging from Canada to Kyrgyzstan, and we've translated our user interface into more than a dozen languages including Russian, Chinese and Friulian,“ says Lamassu CEO Zach Harvey.

“To me it’s a testament to the global reach of Bitcoin.”

Online pre-orders for the Bitcoin Machine began in August on the startup’s website. The modern, minimalist design, small footprint and $5,000 price point have made it an attractive investment for Bitcoin entrepreneurs worldwide.

Shortly after Finland’s Bittiraha.fi launched their Lamassu machine in a record store in Helsinki, Finnish blog Bitcoin Nontech reviewed the machine. The machine was deemed suitable for beginners and “ridiculously easy to use.”

Juraj Bednár created a YouTube demonstration of the machine’s simplicity at a Subway restaurant in Bratislava, Slovakia. The process of converting cash to bitcoin took about 15 seconds.

“It’s always exciting for a young startup to have sales ramp up,” Harvey adds. “But what’s really thrilling for us is to know that these will be out in the wild, providing millions of people with effortless access to Bitcoin every single day.”

Lamassu expects additional machines to launch throughout Europe and the Americas in the coming weeks, and the company is taking more orders on a daily basis. Notable locations in the United States include San Francisco, Atlanta and Seattle.

The Bitcoin Machine will be made available for demonstrations and hands-on use at the CES Startup Debut media showcase on Sunday, January 5, from 7 – 10 pm. 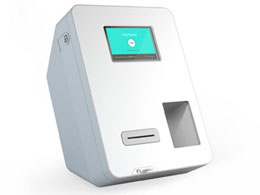 Maybe on your adventures of learning more about bitcoin you've seen a small, white ATM here and there. It's made by Lamassu, and they've announced that they've managed to sell their 100th bitcoin ATM. "We've had orders from all over the world. We will be shipping to 25 different countries, ranging from Canada to Kyrgyzstan. We've translated our user interface into more than a dozen languages including Russian, Chinese and Friulian. To me it's a testament to the global reach of bitcoin," said Lamassu CEO Zach Harvey. So far, the company has delivered a fraction of the units, with the rest.... 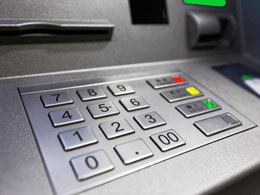 Manufacturer Lamassu is ending 2013 on a high. The company has just announced the sale of its 100th bitcoin ATM, and more than 120 orders. To mark the occasion, Lamassu has set up an online map of bitcoin ATM locations that will be updated as new units go live across the globe. More than a dozen ATMs have been delivered so far, and the rest of the orders will be fulfilled by Spring 2014. Zach Harvey, Lamassu's CEO, said: "We've had orders from all over the world. We will be shipping to 25 different countries, ranging from Canada to Kyrgyzstan. We've translated our user interface into more.... 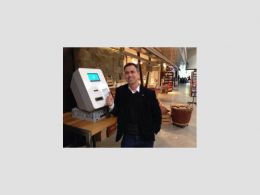 Source: Twitter user @russian_market. This past weekend, Switzerland received it's first Bitcoin machine, with a Lamassu unit making an appearance at the Markthalle in Zurich. And perhaps while the Lamassu isn't a bitcoin ATM in the traditional sense (in that it only converts fiat to bitcoin and not vice-versa), the potential for introducing newcomers to this emerging digital currency is high. "The idea is to allow more people to access [bitcoin]," said Alexis Roussel, who's the vice president of the Swiss association for bitcoin - and also a member of the Swiss pirate party. While no.... 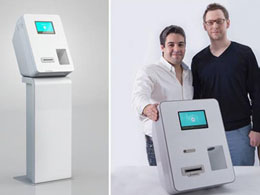 Lamassu is busy at work on their vending machines, which have been a hit amongst operator start-ups around the world. In late December, the company announced the sale of their 100th machine, which allows users to pay for bitcoin with fiat in as little as thirty seconds. The company is now projecting they'll deliver their 200th machine by May of this year, with at least one device on six of the seven continents (we're waiting for the day one turns up in Antartica). In November of last year, the company had devices in the hands of only 14 operators. In addition, Lamassu announced a new lead.... 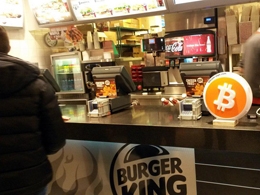 The Dutch city of Arnhem — known as Bitcoinstad or “Bitcoin City” — has quickly gained a reputation as one of the most Bitcoin-friendly places with the highest density of Bitcoin merchants in the world. Its recent addition of Burger King as its 100th merchant underscores the local community’s incessant efforts to not only fully accommodate Bitcoin users, but also help other places such as Ghent (Belgium) replicate their success. Btcoin.com spoke in depth with the co-founder of the Bitcoin City Arnhem project, Patrick van der Meijde, about its merchant milestone, future plans, and whether....
Bitcoin