Web programmers, web designers and other web aficionados wishing to buy cheap VPS hosting with Bitcoins now have another hosting provider to choose from. VPS Hosting Deal (http://www.vpshostingdeal.com/) announced today that it is now accepting transactions in Bitcoin, making it another VPS hosting provider that now accepts the Internet-based digital currency that is starting to make its way into the mainstream online retail industry.

"Once you learn a bit about Bitcoin, how it works, its ease of use, and so on--it's much easier for us to accept payment in Bitcoin than by credit card," said Jeff Michaels, an account representative from VPS Hosting Deal. "Our customers have demanded it, the transaction costs are low and protection against fraud is easier. It's a win-win for everyone involved."

Bitcoin was launched in 2009 as an alternative currency used mainly for internet transactions, but its precise origins remain something of a mystery. Since then its value has risen sharply, from about $30 per Bitcoin around this time last year, to a recent high of just over $1,000 per Bitcoin. Bitcoin is a peer-to-peer online financial network and a digital currency (that also goes by the name Bitcoin). There's no middle man with Bitcoin. Instead, Bitcoin payments are sent over the network directly from sender to receiver and the management of the transactions is carried out by the collectively by the network.

"We're happy to support Bitcoin and we hope to see its use grow over time," commented Jeff.

VPSHostingDeal is a division of Reprise Hosting that specializes in Linux and Windows self-managed cheap VPS hosting solutions. With proven 99.9% uptime and plans starting at just $1 per month, VPSHostingDeal is the undisputed best-value leader amongst VPS hosting providers.

Reprise Hosting is a hosting provider based out of Las Vegas, Nevada and specializes in best value cPanel VPS hosting and dedicated server hosting solutions.

- Buy a Slice of Premium Rackspace Hosting with Bitcoin 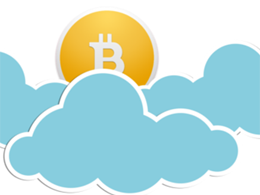 More and more establishments have been accepting bitcoin as a mode of payment, and cloud hosting platform Cloudways is no exception. The company recently announced that bitcoin payments will now be accepted for their services, along with other modes of payment such as MasterCard, PayPal, VISA, and American Express. Created in 2012, Cloudways is one of the leading managed cloud hosting platforms out there. The company claims that web stores and apps hosted on Cloudways load on average 100% faster due to special optimizations, utilizing the latest in server load balancing technology..... 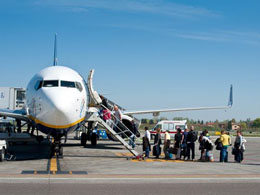 Fly Cheap and Easy with Bitcoin

This month I bought my first flight with Bitcoin, using ABitSky. Purchasing the flight was quick and easy, and the price was good. Founded in 2002 and based in Vilnius, Lithuania, ABitSky sells all its flights in Bitcoin since August 2014. "Looking for cheap flights? Well, we want to help you! Cheap flights search engine has hundreds of thousands of options. We will find cheap tickets to anywhere in the world and help you purchase them conveniently. We wish you a pleasant flight!" - aBitSky.com team. ABitSky is not the only cheap flight search engine and booking service that operates in.... 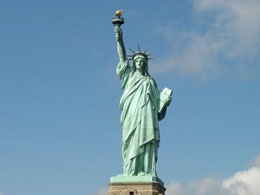 Freedom Hosting, a web hosting provider specifically targeting websites in the Tor community, has been shut down, and its owner Eric Eoin Marques arrested in Ireland on charges of facilitating the distribution of online child pornography. Marques is now sitting in jail, denied bail while the Irish courts determine the validity of an extradition request by the United States. Freedom Hosting was responsible for a large number of major "hidden services" on the Tor network, most notably including the email provider Tormail, and some estimates suggest that up to half of all major Tor hidden.... 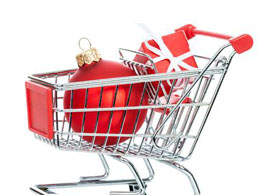 Some are calling it the largest "math-based merchant event" ever. Some are calling it a "great way to spread the bitcoin payment love". Its real name is Bitcoin Black Friday, and it is back for its second year bigger than ever. A number of merchants are offering unique deals on goods and services, here are some of the best available for Friday. Get over to these sites and spend some bitcoin! 1. MonsterMegs. Source: MonsterMegs. Hosting service Monster Megs has been accepting bitcoin since March of this year. Now, 60% of the company's online sales are paid for in bitcoin. Because of this,.... 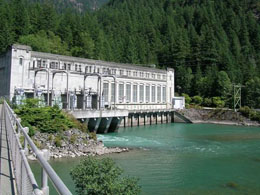 Datacenter Cold Aisle Internal. Bitcoin mining has become a game of trying to get the most powerful miners in the largest quantities running on the least expensive power as possible. There are some other considerations as well, but these are the most significant. This change has made it difficult for most people to mine at home. That leaves the options of cloud mining or buying your miners and having them hosted. Bitcoin ASIC Hosting has previously been mentioned when CCN had covered the news of a deal with Dell to offer hosting in Dell data centers. In a followup with Allen Oh of Bitcoin....
Bitcoin