Despite significant increases in its use as a payment system and attention in the marketplace, Bitcoin is small relative to both traditional payment processors and global currencies, according to a Fitch Ratings Why Forum commentary published today.

From a trading perspective, Bitcoin transaction volumes relative to the stock of outstanding bitcoins resemble those of equity securities. There was about $68 million in average daily transaction volume in Bitcoin in February 2014 relative to its $6.75 billion money supply, or approximately 1% of total market capitalization was traded per day.

Over the same period, an analysis of a sample of the largest U.S. equity securities shows that daily trading volumes were approximately 0.6% of total market capitalization.

Fitch also notes that Bitcoin's market capitalization is less than 1% of total U.S. Dollars, and is closer in size to smaller currencies such as the Guatemalan Quetzal.

The full commentary 'Sizing Up Bitcoin' is available on Fitch's Why Forum site http://www.whyforum.com/

Additional information about Fitch is available at http://www.fitchratings.com/

ALL FITCH CREDIT RATINGS ARE SUBJECT TO CERTAIN LIMITATIONS AND DISCLAIMERS. PLEASE READ THESE LIMITATIONS AND DISCLAIMERS BY FOLLOWING THIS LINK: HTTP://FITCHRATINGS.COM/UNDERSTANDINGCREDITRATINGS. IN ADDITION, RATING DEFINITIONS AND THE TERMS OF USE OF SUCH RATINGS ARE AVAILABLE ON THE AGENCY'S PUBLIC WEBSITE 'WWW.FITCHRATINGS.COM'. PUBLISHED RATINGS, CRITERIA AND METHODOLOGIES ARE AVAILABLE FROM THIS SITE AT ALL TIMES. FITCH'S CODE OF CONDUCT, CONFIDENTIALITY, CONFLICTS OF INTEREST, AFFILIATE FIREWALL, COMPLIANCE AND OTHER RELEVANT POLICIES AND PROCEDURES ARE ALSO AVAILABLE FROM THE 'CODE OF CONDUCT' SECTION OF THIS SITE. FITCH MAY HAVE PROVIDED ANOTHER PERMISSIBLE SERVICE TO THE RATED ENTITY OR ITS RELATED THIRD PARTIES. DETAILS OF THIS SERVICE FOR RATINGS FOR WHICH THE LEAD ANALYST IS BASED IN AN EU-REGISTERED ENTITY CAN BE FOUND ON THE ENTITY SUMMARY PAGE FOR THIS ISSUER ON THE FITCH WEBSITE.

- Fitch: Corporate Acceptance of Bitcoin on the Rise

- Over $100k Invested in One Day for ‘Altcoin’ Payment Processor CoinPayments as Bitcoin Doubles....

- NorthPayments, a leading payment processor in the UK, collaborate with BitcoinPayGate.com to....

Fitch: Regulation Could Rob Bitcoin of its Low-Cost Appeal

Global credit rating agency Fitch Ratings believes bitcoin is still too small to affect traditional payment systems and national currencies. The agency's Why Forum published its findings in a report on bitcoin, dubbed 'Sizing up Bitcoin'. The report points out that bitcoin transactions in February 2014 averaged a meagre $68m per day. Despite a tenfold increase year-on-year, bitcoin's average daily transaction volume pales in comparison to Western Union and PayPal. The two payment processors averaged $225m and $492m per day in 2013. Fitch examined bitcoin's potential role in the financial.... 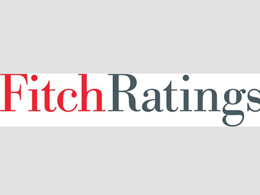 Credit rating agency Fitch has chimed in on bitcoin, calling it small in comparison to traditional payment processors like VISA and MasterCard, along with global currencies. This news, which many in the community would call "blatantly obvious" originated from the Fitch Ratings Why Forum commentary that was published on Wednesday. With reference to transactions: Total Bitcoin transactions averaged $68 million per day in February 2014, a more than 10 fold increase compared to February 2013. By comparison, payment processors Western Union and PayPal averaged $225 million and $492 million.... 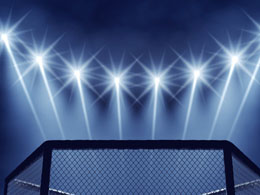 MMA Welterweight Jon Fitch: Why I Get Paid In Bitcoin

Mixed martial arts welterweight Jon Fitch is the first MMA fighter to be fully paid in bitcoin, according to Inverse.com, a culture and technology news site. As an international MMA competitor, he claims he gets paid easier and faster with bitcoin. Fitch loves cryptocurrency and he thinks it is bringing about a new form of commerce he calls "techno-feudalism." A former top welterweight contender for Ultimate Fighting Championship, Fitch said a lot of MMA fighters have difficulty with payment because mixed martial arts is an international sport. It can take weeks to get paid. This is.... 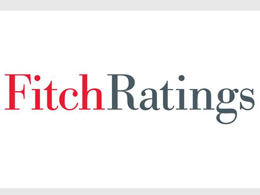 Ratings agency Fitch released a statement on Tuesday with regard to bitcoin acceptance in the corporate playground. The agency says they have observed "great corporate acceptance" of the digital currency in its form as a payment mechanism (to which many enthusiasts would say, "duh!". The observation comes in the wake of DISH Network, Newegg, Expedia, and 1-800-FLOWERS.com announcing their adoption of the digital currency. In addition, Fitch points to the publishing of the 'Coin Pocket' app to the iOS App Store following Apple's change of heart when it comes to approving.... 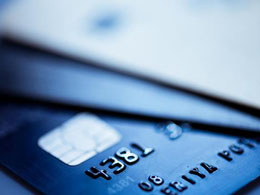 Bitcoin's role in the future of micropayments

Different payment processors have different opinions on the definition of a microtransaction, commonly known as a miniscule payment for a good or service. Small businesses in the US like to require that customers make at least a $10 transaction on a credit or debit card. That's because some processors charge more for smaller transactions in order to make money on every purchase. PayPal, for example, sets its fees higher when payments are below $12, which it considers a microtransaction. Paypal's normal rate is 2.9% + $0.30, while there is a higher 5% + $0.05 micropayments rate. Can it....
Bitcoin