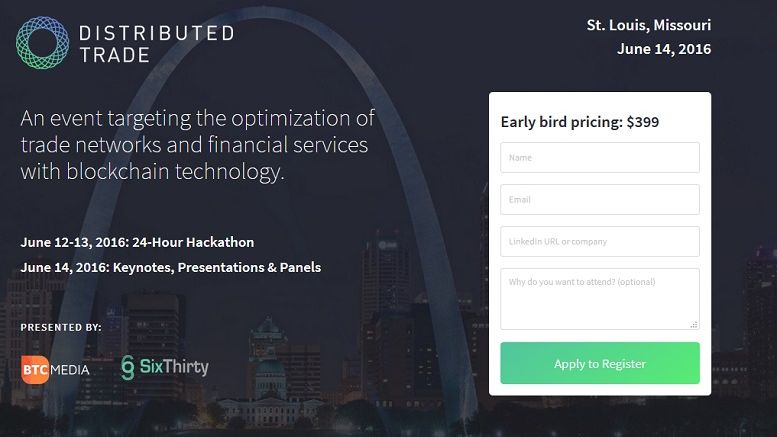 BTC Media and SixThirty announce a 24-hour blockchain Hackathon to be held in St. Louis, Missouri on June 12-13, 2016, a day in advance of the Distributed:Trade conference organized by the two companies. A total of $25,000 in prize money will be awarded at the competition, which, like the conference, will focus on blockchain applications for financial services and supply chain operations.

The event will be held at T-REX, a world class facility in the heart of downtown St. Louis that incubates technology startups and provides resources to entrepreneurs as well as a vibrant community and working experience.

“We are excited to host this Blockchain Hackathon in partnership with SixThirty. One of T-REX’s premier resident accelerators, SixThirty is a national and international leader in finding and funding cutting-edge financial technologies. The Blockchain Hackathon is a result of great partnerships and a demonstration of T-REX’s role as a hub of technology innovation in St. Louis,” said Dr. Patricia Hagen, President of T-REX.

Of the Hackathon’s $25,000 in prize money, $20,000 will be awarded as a Grand Prize to the team who creates the most vibrant application related to the exploding opportunities for blockchain solutions in trade-related industries.

The panel of judges for the competition includes representatives of major players in the VC community as well as corporate executives and technology innovators. Represented on the panel are Blockchain Capital, Fenbushi Capital, Tally Capital along with technology executive Tom Niermann and Bitcoin Core developer Jeff Garzik.

“This competition pits teams from corporate giants, blockchain startups and the nation’s top universities against each other on a level playing field,” said BTC Media CEO David Bailey.

On the academic side, teams will include students from MIT, Harvard, Cal Berkeley, Wellesley, NYU and Washington University in St. Louis.

“The Hackathon is an amazing chance for these brilliant students and other innovators to come together and make world-changing discoveries,” said Bailey.

“People are coming here from all over the planet in search of the next big blockchain app - and someone is going to win that distinction.”

The Distributed: Trade conference is a new and exciting forum bringing the industry’s leading blockchain technology companies together with major enterprises to address how the new technology will disrupt and optimize trade networks and financial services.

To register for the Hackathon or the conference, please visit: https://godistributed.com/trade/

SixThirty is a St.Louis-based Financial Technology venture fund and business development accelerator.  SixThirty attracts the most innovative FinTech start-ups from across the globe, and works with like-minded corporate partners and mentors to accelerate their revenue growth.  The startups selected receive up to a $100,000 investment for a negotiated percentage of equity, hands-on mentorship and connections with the leading financial services companies in the country. 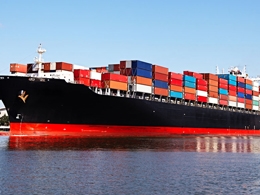 Bitcoin has many innovative attributes just waiting to be unleashed to the public. One of them is how the blockchain could help shape the future of industrial trade by recording activity with more precision and taking quite a bit third party costs out of the equation. Recently, during the first week of January, Wanxiang Blockchain Labs and Deloitte hosted the Shanghai Blockchain Hackathon with participants hacking away for prizes. Bitcoin.com got together with Dominik Schiener, who won a$30,000 1st prize at the event for his CargoChain project. Bitcoin.com spoke with Schiener to give our.... 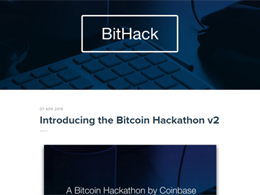 Coinbase recently announced it was organizing the second Coinbase Bitcoin Hackathon, the Bithack V2. Along with this announcement, the Coinbase team also revealed the launch of the developer portal which provides information and documentation for all of Coinbase's APIs. The Hackathon is a distributed, six-week competition, open to anyone who is willing to participate. This gives the chance for developers from around the world to build bitcoin-integrated applications and to submit them for consideration. Developers will be able to access the Coinbase API to develop new applications to.... 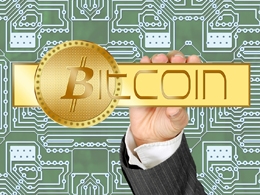 “ARE YOU A BLOCKCHAIN ENTHUSIAST, A HARD-CORE CODER, A DESIGNER OR JUST A HACKATHON OBSESSOR? IF SO, JOIN THE DBS BLOCKCHAIN HACK FOR AN INNOVATIVE TWO DAYS OF EXCLUSIVE BLOCKCHAIN CHALLENGES AND API ACCESS FROM TOP FINANCIAL INSTITUTES – AND SOME SERIOUS HACKING.” If you visit the DBS Blockchain Hackathon web page, this is exactly what you are greeted with. The hackathon will have a meeting on April 16, 2015 to where attendees can discus ideas and get acquainted with one another. The main event will be on May 8-May 9 — 48 hours of pure blockchain innovation. 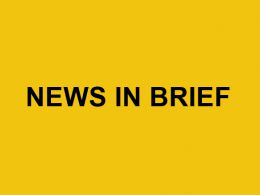 Coinbase has announced details of its second hackathon competition, including $70,000 in bitcoin prizes and an all-star judging panel. The company, which offers a number of developer tools, says it is seeking apps that will find new use cases for bitcoin and make it "more approachable". Prizes range from $10,000 (1st place) to $500 (5th place) in bitcoin at the time the awards are delivered. Judging the submissions will be investors Adam Draper, Chris Dixon, and Fred Wilson, alongside Gavin Andresen, chief scientist at the Bitcoin Foundation. Developers that make it into the judge's top.... 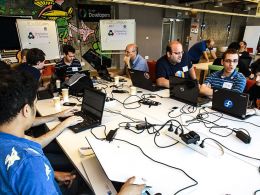 BTC Media, the parent company of Bitcoin Magazine, and SixThirty recently announced a 24-hour blockchain hackathon with $25,000 in prize money will take place on June 12-13, 2016, a day before their Distributed: Trade conference, in St. Louis. Teams competing in the hackathon are tasked to build blockchain applications that optimize financial services and supply chain operations and to find solutions to problems in payments, supply chain management and data security. The hackathon is being held at T-REX, a world-class facility in the heart of downtown St. Louis that....
Bitcoin