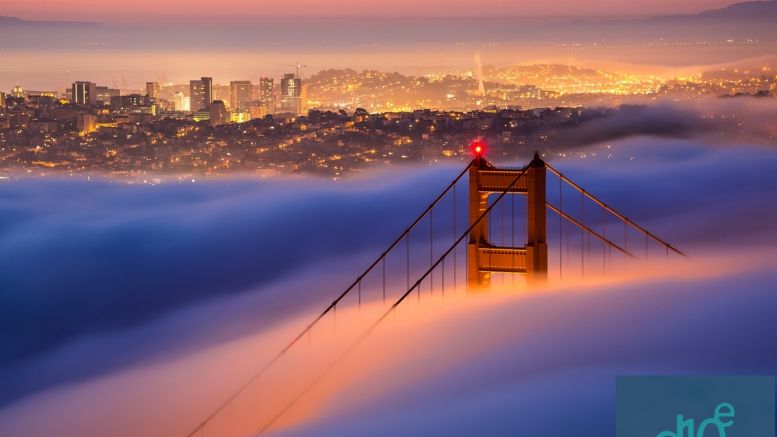 In the first-ever live-streamed blockchain event, a studded cast of presenters and panelists will take to the stage at the two-day conference in San Francisco.

“Society is moving away from hierarchical, top-down and centralized models of organization and into decentralized peer-to-peer models based on trust, and reputation and the sharing of resources with others.”

“What the Internet did for the free exchange of information, blockchains and the Internet of money can do the same to … value exchange and governance.”

At d10e, McAfee will be delivering a fireside chat at the pre-networking event on July 19 with Paul Puey, CEO and co-founder of Airbitz, a blockchain data security startup. They will be discussing the interplay of blockchains and cybersecurity, including the vulnerabilities, opportunities, and how usable encryption will be delivered to the masses at scale.

McAfee and MGT Capital Investments recently announced plans for McAfee’s takeover as Chairman and CEO of the firm, which is “principally engaged in the business of acquiring, developing and monetizing intellectual property assets.”

The second featured keynote speaker will be by Mastering Bitcoin author Antonopoulos, whose book is considered one of the top technical guides to Bitcoin.

As a bitcoin entrepreneur, Antonopoulos has founded a number of bitcoin-related businesses and has launched several open source projects as well.

The conference’s goal is to foster a casual environment, where people can focus on engagement, knowledge-sharing, community, and conversation. It will be held at the Marriott Marquis located at 780 Mission Street.

Tickets are available at: https://www.eventbrite.com/

D10E is a numeronym for decentralize. It is the first event of its kind, specifically focused on exploring the innovative decentralizing ideas and technologies transforming the world. We explore the spectacular decentralizing innovations and ideas changing technology, culture, the sharing economy, and the future of work. 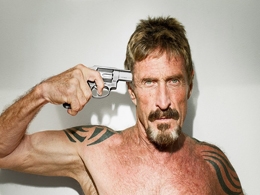 Presidential candidate John McAfee, who has had a controversial past, made comments regarding Bitcoin, and some of its possible shortcomings, in a recent interview with an irreverent libertarian podcast called Revolution Report Live. In the interview, McAfee posited Bitcoin as a corollary with other emerging technologies of the past. Many of the first companies which are borne into a new genre of invention are not necessarily the survivors (although it is important to note that there are exceptions, such as, at least for now, Skype). 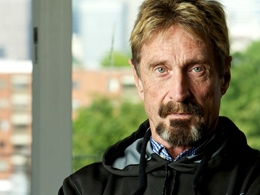 John McAfee: ‘There Are Tremendous Technology Problems With Bitcoin’

The former anti-virus software tycoon John McAfee is running for the U.S. presidential seat under the Libertarian party. McAfee announced his running in September of 2015 and had decided to accept Bitcoin as payment for his team’s funding. This past December on a show called the Revolution Report Live the candidate said the digital currency was “too complex” for the average user. Now in a recent video from the Entrepreneur Network McAfee says a universal digital currency will happen, but it still may not be the current forerunner Bitcoin. The Libertarian candidate John McAfee often catches.... 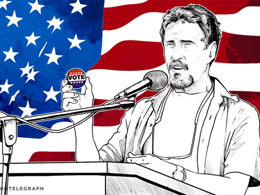 The Anti-Virus software millionaire and Bitcoin supporter John McAfee has announced he is running in the 2016 U.S. Presidential elections. McAfee has filed with the Federal Election Commission, reports campaign director Kyle Sandler. The tycoon believes he can snag quite a bit of votes with his campaign for privacy and his newly created “Cyber Party.” McAfee told Wired: The estranged computer magnate who fled Belizean police in 2012, due to a possible connection to the murder of his neighbor, is not one to keep quiet. McAfee claims he will win the race due to a “huge underground following.... 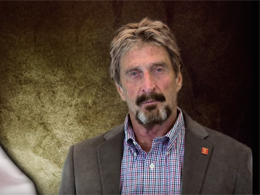 Anti-virus software pioneer John McAfee is now accepting bitcoin in his 2016 presidential campaign. The self-proclaimed "eccentric millionaire", who founded McAfee in 1987, shared the link to a BitPay donation page with his 29,000 Twitter followers yesterday. McAfee, with his colourful history and upcoming court date for a DUI charge, has surprised many with his candidacy. He announced he would run in the election on 8th September with his new party, the 'Cyber Party' to rally against government snooping and bureaucracy. All other donations for McAfee's campaign are being processed through.... 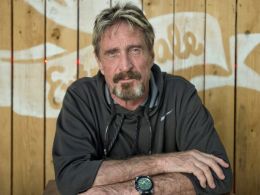 Cybersecurity firm MGT Capital Investments Executive Chairman John McAfee is set to provide a keynote presentation at the Blockchain: Money Conference in London from November 6 to 7, which will most likely focus on the impact of blockchain in the field of cybersecurity. McAfee, who has successfully led MGT Capital Investments into the bitcoin mining industry recently, is particularly fond of the blockchain technology and its correlation to the Internet of Things market, which he believes is the next multi-trillion dollar industry. However, McAfee states that IoT devices must be....
Bitcoin