Block26, the blockchain venture firm, today announced that it has invested $450,000 in Airbitz Inc., a digital wallet platform. Block26 joins Airbitz Board of Directors while leading a $1,250,000 seed round expected to close later this summer. The $450,000 infusion marks the first investment from Block26, led by Co-Founders Ni'coel Stark and Pedram Hasid, in the hot Bitcoin technology space. Airbitz was awarded first place at the 2015 Inside Bitcoin NYC startup competition and was named one of AlwaysOn OnFinance's 50 Companies to Watch in 2015.

Airbitz's decentralized and open source platform solves many of the current usability, security and privacy issues inherent in the current generation of bitcoin wallets. Airbitz is a remarkably easy-to-use and intelligently designed wallet that allows users to receive, store, or send funds with confidence. The digital wallet software is protected by ironclad and effortless security that prevents any third party from accessing user funds or data, including Airbitz itself, and features the world's first one-touch 2-factor authentication.

Available for iOS and Android, Airbitz automatically encrypts, secures and backs up user data without requiring complicated user prompts, and the decentralized server architecture ensures that Airbitz wallets are functional even if company servers are disabled. Altogether, Airbitz provides the familiar feel and functionality of mobile banking while implementing blockchain operations under the hood, reducing friction and making Bitcoin universally approachable and usable. Block26 understands that this same technology has the potential to disrupt arenas beyond digital currency.

Block26 Co-Founder and Managing Principal Ni'coel Stark said, "Block26 is making its first investment in Airbitz because not only is it the best digital wallet for consumers, it is far more than a wallet. Airbitz technology enables a multifaceted financial tool, an extraordinary implementation on edge security, and a whole new contribution to the Internet of Things. Block26 is excited to empower Airbitz solutions in revolutionizing transaction, authentication and security processes."

"Airbitz is tremendously honored to have Block26 as our partner and lead investor. Their core focus on bitcoin, blockchain, and decentralized technologies is perfectly inline with the DNA of Airbitz founders. Block26 brings incredible experience in building highly tuned team dynamics and they see the value in people, companies, and industries that aren't afraid to disrupt the status quo. We look forward to building a decentralized world with their passion and support at our side."

"Block26 is more than an investor to Airbitz; they are an integral partner in our rapid development. We look forward to closely working with Block26 as partners in building a company that thrives as it grows. Block26's unique financial model allows for a flexible investment strategy that could provide Airbitz and other portfolio companies with early stage capital, with the capacity to provide bridge funding as well. For these reasons and many more, we greatly look forward to Block26 joining our Board."

- BSAVE to Launch Next Generation of Bitcoin Savings After $400,000 Seed Investment

- CryptoGames: Have Fun And Get Paid With Three Different Games 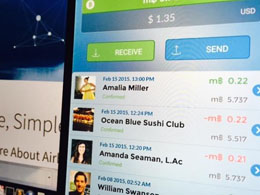 Airbitz, the bitcoin wallet and business directory service provider has managed to secure close to half a million USD in its seed funding round. The company, which is an alumni of Sunnyvale, California based Plug and Play Tech Accelerator is now funded by the venture capital firm Block26. Block26 is a Los Angeles based venture capital firm which was started last month. The firm has managed to complete its first investment of $450,000 in Airbitz. Block26 has made it clear that the company will be focusing specifically on Bitcoin, Blockchain and Digital currency based technology ventures.... 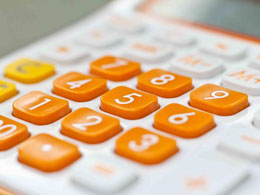 Los Angeles-based venture capital firm Block26 has completed its first investment, contributing $450,000 to the ongoing seed round for bitcoin wallet provider Airbitz. Launched in June, Block26 has indicated it plans to focus specifically on blockchain and digital currency ventures, contributing to seed to later-stage rounds. Calling the funding the company's "first big announcement", Block26 principal Ni'coel Stark indicated that Airbitz is representative of the kind of companies in which her new venture firm is looking to invest. Stark told CoinDesk: "We're really looking for nuances in.... 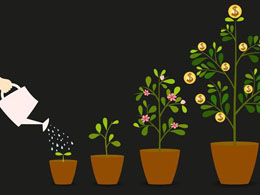 Block26, a new venture capital firm with eyes on the "block chain market," has made its first selection, leading an expected 1.25 million dollar seed funding round for the San Diego-based Airbitz mobile Bitcoin wallet. Readers may be familiar with the wallet, which won first place in the start up competition earlier this year in New York City at the Inside Bitcoins Conference. The primary novelty of Airbitz, besides ease of use, is its integration of a Bitcoin merchant directory, allowing the mobile user to locate a place to spend bitcoins within the same application. Aside from that, the.... 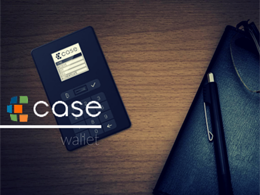 It is raining investments in the digital currency sector. A number of companies have raised millions of dollars in funding in recent days. Case Wallet Inc. also known as CryptoLabs has recently raised another tranche of seed investment of about $750,000 towards its bitcoin wallet business. Case Wallet Inc. is the manufacturer of Case secure hardware bitcoin wallets. The New York based startup has so far raised seed investment of about $2.25 million, including the earlier $1.5 million raised in June 2015. With the latest tranche of investment, the seed investment round stands closed. READ.... 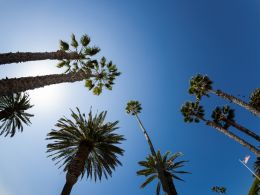 Is Bitcoin Wallet Airbitz Scraping By?

One of the most active companies in the space – sponsoring events, parties, and conferences – Airbitz has sought to put San Diego on the map for tech startups. But, could the firm be treading water?  CEO Paul Puey posted yesterday in a Facebook group called “San Diego Tech Scene”  stating: Hi all. Looking for desk space for your startup? We have some desks to rent out at our office in downtown on 4th and K st. Awesome location with a shared rooftop deck. Pet-friendly and close to all public transportation. Only $300 / month with free Wifi, electricity,....
Bitcoin