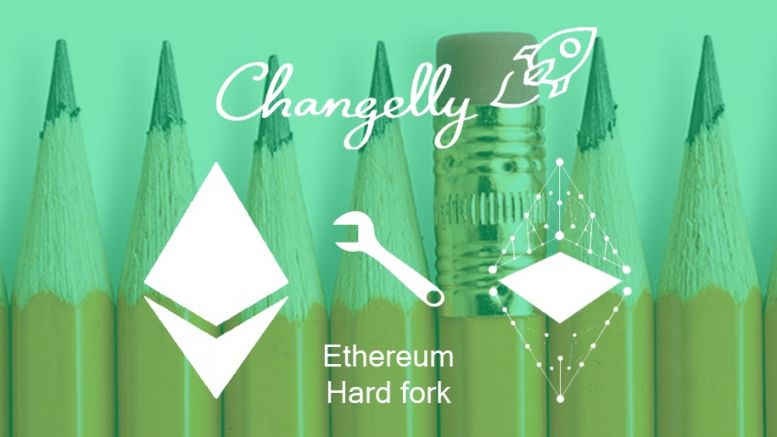 Recently, Changelly had to stop exchanging Ethereum due to the hard fork. The rare event has resulted in Ethereum Classic, a new cryptocurrency running the old Ethereum blockchain. The new crypto was immediately added to the Changelly list of supported currencies.

Changelly, a crypto exchange service, was in the thick of things going on in the Ethereum community last week. A hacker attack on the DAO has induced the Ethereum community to take some measures and bail out the hacked block by hardforking. The point was to replicate the original Ethereum blockchain and switch to the new ‘cropped’ version. Large traders and exchanges, including Changelly, have warmed up to the idea
of the hard fork.

However, the fact that the community has hasty embraced the hard fork, was harshly criticized by certain Ethereum investors and mining pools. Poloniex, the largest Ethereum trading platform, has provided Ethereum traders and stakeholders with Ethereum classic, a new cryptocurrency running the original blockchain. Considering that the old Ethereum blockchain hasn’t been even compromised, Ethereum classic found support among many users, traders and exchange platforms like Changelly. As soon as the new currency has kicked in, Changelly has added it to the list of supported currencies. Now the currency is available for exchanging at the best rates on the market for every user.

Changelly team endorses the view that Ethereum classic holds all the aces to become no less popular than Ethereum. A prime case in point is the total amount of ETC being exchanged since launch on Changelly.

“We were just about to celebrate the ETH turnover reaching one million dollars, when the ETC figures skyrocketed to USD 200 000 in just four days.”

Changelly strives for the golden mean between two cryptocurrencies and sticks to the opinion that ETH and ETC are equally true.

Changelly is the project of MinerGate developers, the oldest and trustworthy mining pool. The exchange service provides a quick and easy steps to convert the unlimited amount of ETC into any crypto including altcoins. Being connected to the largest and trustworthy trade platforms, Changelly selects and suggests the most favorable ETC rates. 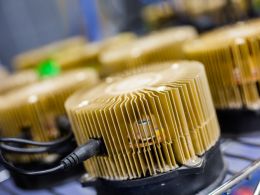 Minergate, a mining pool and the developer of GUI mining software that supports various mining various cryptocurrencies including bitcoin and Ethereum, is including support for Ethereum classic, the blockchain based on the original Ethereum platform’s consensus before the hard fork. Although the original Ethereum blockchain was officially abandoned following a hard fork that was triggered as a result of the DAO Ahack, a group of community members have since come together to implement the Ethereum blockchain’s original consensus. The project, known as Ethereum Classic,.... 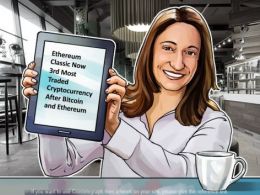 According to coinmarketcap.com who does cryptocurrency market capitalizations, newly-split Ethereum Classic is now trading third, just behind Bitcoin and Ethereum on the list of the world’s top cryptocurrencies. This new entrant, which currently stands in sixth position on the list of cryptocurrencies with the largest market cap after Bitcoin, Ethereum, Steem, Ripple and Litecoin, is worth $76m selling at $0.926285 per unit and has recorded $14.1m in trading within 24 hours (as at the time of publication). Dash has also moved from the eighth to the seventh position, though with a.... 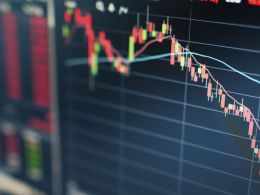 Ethereum Classic lost more than 10% of its value today with price standing just above $1 as the network comes under sustained dos attack. The attacks are similar to those experienced by Ethereum over last month. A programmer is exploiting gas mispricing for certain op codes to drain nodes of memory and other resources thus slowing them down. Who or why is a matter of speculation. For ETC, considering the dramatic price movement, it could well be financially motivated and might not even be the original attacker, but a copycat. Ethereum Classic’s Price Crashes as Network Comes.... 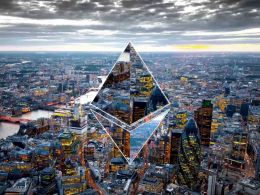 Last week, Ethereum announced a hardfork following a relentless, month-long denial of service attack. The proposed hardfork will occur at block 2,463,000, expected to be mined today, October 16. At the time of publishing, the Ethereum blockchain saw block #2,462,322 mined, by mining pool ethpool. In the lead-up to the hardfork, cryptocurrency exchanges have sought to update customers on how they plan to respond and adapt to the Ethereum hard fork. Prominent digital assets exchange Kraken has said that it expects the fork to occur without any disruption, “with the DOS-protected.... 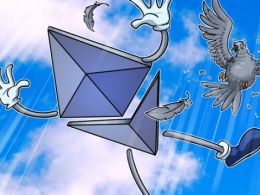 Ethereum In Free Fall As Floor Beneath It Drops

Ethereum has just entered free fall. The second most popular cryptocurrency plunged nearly 20 percent at the time of writing to trade at $5.88 to the ETH, compared with its position 24 hours earlier on the Poloniex exchange. Ethereum has been constantly falling and as the chart below shows, the cryptocurrency has fallen from its previous level of $12 at the end of October 2016 to nearly half of that as of Dec. 6, 2016. Why is Ethereum floundering? Ethereum has been plagued by disaster ever since it came into being. The cryptocurrency has undergone at least four hardforks, which have....
Bitcoin