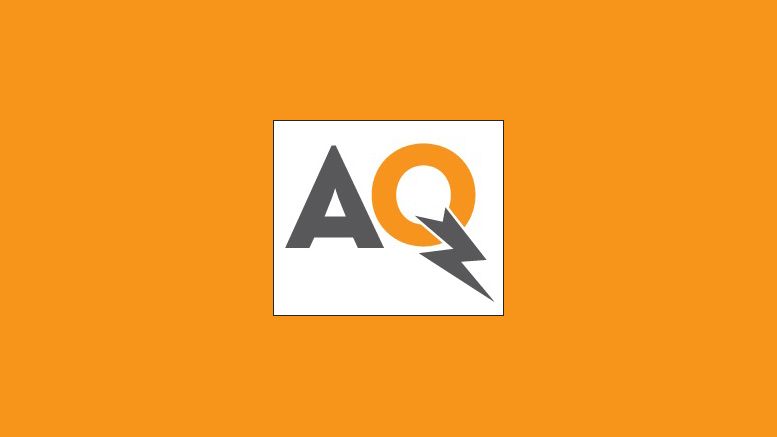 AltQuick.co is an official affiliate of the more popular Bitcoin exchange, BitQuick.co. The new alt coin exchange aims to bring the simplicity and accessibility of Bitcoin to the various other crypto currencies currently being traded. The alternative cryptocurrency market has been rapidly picking up traction as of late, with massive interest flooding into a superabundance of new and old coins alike. While the popular currencies used to be hedged almost exclusively to Bitcoin, cryptocurency enthusiasts are now given the opportunity to buy and sell their coins directly for cash.

The six coins were all inspired by Bitcoin, but each one still retains its own unique background and purpose. Peercoin (PPC) uses a hybrid system of proof-of-stake/proof-of-work, while Namecoin (NMC) offers the ability to act as a decentralised domain naming system. Feathercoin (FTC) was just recently launched in April of 2013, and has gained a considerable following thanks to its faithful and active community. Introduced on October 7th, 2011, Litecoin (LTC) is one of the oldest alternative cryptocurrencies. The coin was created by former Google employee, and current Coinbase employee, Charles Lee, and is currently the second most popular currency aside from Bitcoin. Primecoin (XPM) was launched in July of 2013, and its proof of work system searches for chains of prime numbers.

AltQuick.co is also the first Dogecoin (DOGE) to USD exchange, bringing more attention to the newly launched meme-based crypto currency. Dogecoin was just released in December of 2013 by former IBM engineer, Billy Markus and Australian marketing enthusiast, Jackson Palmer. The DOGE community has become widely recognized for their enthusiasm and generosity, having recently raised $30,000 for the Jamaican bobsled team to go to the 2014 Sochi Winter Olympics. With the introduction of AltQuick.co, getting cash for Dogecoin or buying Dogecoin is now easier than it has ever been.

BitQuick.co is a platform in the United States used for selling and buying Bitcoins. The BitQuick team has processed over 3,600 Bitcoins in orders to over 2,200 customers in 3 continents since their launch in August, 2013. The platform functions by allowing sellers to list their coins for sale and sending them into an escrow address, where the funds are securely stored in offline wallets until purchases are made. Buyers simply deposit cash directly into the seller’s bank account, allowing sales to be processed quicker than more conventional payment methods and without the risk of chargeback.

The emergence of the alternative cryptocurrency market has changed the way that people think about money. Decentralized, peer-to-peer, global, digital currencies tied to various applications are constantly being released, with many quickly becoming quite popular. AltQuick.co intends to keep up with this fervid cause, with plans of implementing support for new currencies in the future.

- To Boldly Go Where No Crypto Has Gone Before – New SciFi Coins Exchange Launches With Star Trek.... 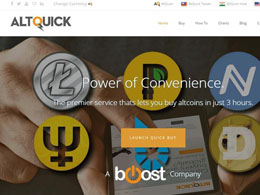 The instant Bitcoin and altcoin exchange service, ShapeShift.io, today announced a new partnership with AltQuick.co, a website which enables users to buy and sell digital currencies with a cash deposit via their bank account or credit union. AltQuick provides safe, reliable escrow services to sellers while offering an easier way for buyers to obtain the digital currencies they wish to receive. With the ShapeShift integration, AltQuick can now offer a larger selection of digital currencies to buyers. About BitQuick/AltQuick: AltQuick allows users to buy and sell Altcoins with a cash deposit.... 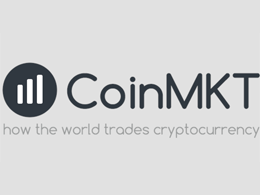 CoinMKT - a Los Angeles-based cryptocurrency exchange - has announced they've secured a banking partner located in the United States, effectively allowing the exchange's customers to wire funds from United States bank accounts. "We're confident our growth will explode being able to accept wires deposits that can be credited same day or next day," said CoinMKT CEO Travis Skweres on the matter. In anticipation of growth, Skweres told CoinDesk his company will be adding addition employees to their crew of 8 to handle new customer demand. CoinMKT also announced the addition of some new.... 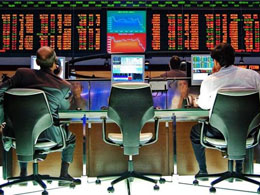 Crypto-currency exchange Vault of Satoshi in early March announced they would be ceasing operations in the United States due to what was described as an "increasingly hostile" regulatory environment. On Thursday, the company announced (via Reddit) they would be recommencing operations in the United States, with a small catch. Only in one state for now. They write: We've said it again and again, "America, we're coming back!", we told you we were working every day to pursue our return to the US market and that shortly we'd be announcing our roll out on a state by state basis. The first state.... 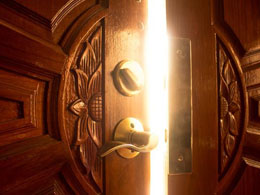 According to a recent announcement by Netagio, the power of the people has, yet again, prevailed in the bitcoin ecosystem, and their voices are loud and clear. Prior to today, Netagio only dealt in bitcoin trading when it came to sterling and gold. But their customers put pressure on the exchange to re-evaluate their priorities and offer different currency exchanges, so Netagio made the call. Simon Hamblin, CEO of Netagio, said this upon the announcement of dollar and euro trading: "Building on our success of already operating a Bitcoin / GBP order book, and having listened to our.... 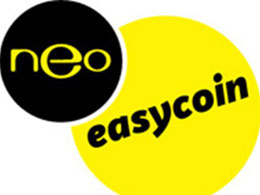 A start-up by the name Neo EasyCoin (located online at easyco.in) is hoping to make bitcoin and litecoin purchasable using nothing buy cash when it launches on December 31st, the last day of the year. EasyCoin launches with initial support for customers in the United Kingdom, United States of America, Russia, Denmark, Sweden, and Norway - and the announcement post on Bitcointalk says there's more to follow. Users can create their EasyCoin account in "less than three minutes" and top-up (also known as funding) their account at ZipZap payment locations (you can look up payment locations here....
Bitcoin