Plutus.it App: Get Rewarded on the Blockchain for Making Contactless Payments Worldwide

Plutus utilises smart contracts on the blockchain to let you Tap & Pay using Bitcoin at NFC-enabled terminals worldwide. Under the hood, it's powered by a true peer-to-peer, decentralized exchange network.

A merchant starting to accept the digital currency is still a notable celebration that echoes throughout the Bitcoin community. But sadly this is still a surprisingly difficult accomplishment.

But we didn't want to wait for merchants to catch up, which is why we developed Plutus, a way to use Bitcoins to pay at over 32 million merchants worldwide.

Plutus uses the blockchain to convert your digital currency to fiat currency before it is charged to a prepaid virtual debit card (token) secured inside the app. Once this process is completed, your mobile device is ready to simply tap and pay at stores with contactless payment terminals worldwide.

This even allows the users to replace their Oyster card with aBitcoin app to travel on the Transport of London!

"The intent of the app is to be practical. Plutus plugs into existing infrastructure to allow contactless payments which reward you on the the blockchain. It's simply a stepping stone towards adoption and a practical use-case that many have been asking for." -Danial Daychopan CEO & Co-Founder

How it works- in 5 steps

1. You send bitcoins to an address displayed on the Plutus app.

2. The bitcoins are forwarded automatically to verified traders on the decentralized exchange in exchange for an offer in USD, EUR, etc.

3. The smart contact (DEX) running on the Ethereum platform recognizes that the traders have received your bitcoins, and their equivalent fiat deposit is released to your Plutus debit card balance automatically.

4. You can now use your Plutus balance to pay at any NFC terminal in the world.

5. The merchant always receives payment in their preferred currency through the global debit card network.

The app rewards you with Plutons issued on the ethereum blockchain. These are digital tokens awarded to you as a rebate for using the Plutus app. Just like cash back or air miles on a credit card. Earned Plutons can be converted to spent at any NFC-enabled store in the same way as bitcoins.

The key benefits of Plutons are zero fees, free conversion to fiat, and used as a reward for rebates on every purchase you make.

By connecting the blockchain technology to existing global NFC payment infrastructure, Plutus opens the doors to shopping with bitcoin at your local store anywhere in the world. Once Plutus launches in 2016, every NFC terminal will be, for all practical purposes, a bitcoin terminal. 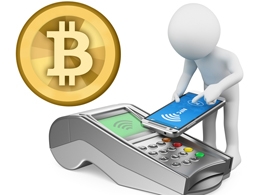 A new Bitcoin application is coming to the crypto-scene, and this concept is getting people pretty excited. We all want a world where we can spend our bitcoins, but there isn’t enough merchant acceptance. A new service called Plutus wants to change this problem by offering a digital currency platform that uses contactless technology through their wallet. The Plutus team says the service is easy saying: The product is in alpha phase, and people can sign up now to join the testing team. The service is expected to launch in Q1 of 2016 says a Plutus associate. The system works as follows:.... 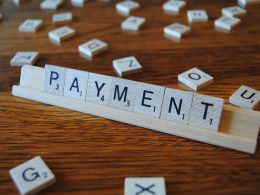 PlutusDEX dapp ensure complete decentralization of bitcoin-powered contactless payments through Plutus platform. Bitcoin and blockchain technology has changed the face of online end electronic payment systems. The use of blockchain technology, combined with crypto-tokens is not an alternative payment option anymore. It is getting to a point where it will soon be part of the mainstream, alongside fiat currencies. Thanks to platforms like Plutus that are making it possible. Plutus is a decentralized platform that allows people to spend bitcoin in regular Point of Sale terminals that.... 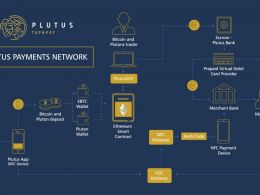 London-based startup Plutus is developing a mobile app that will allow bitcoin payments at contactless payment terminals all over the world. The technology is powered by the Ethereum platform and is destined to work at all NFC-enabled payment terminals in the world, even if the merchant hasn’t enabled Bitcoin as a mode of payment. Plutus has announced a new application which will enable Bitcoin adopters to — in essence — pay with the cryptocurrency at NFC-enabled merchants all over the world. According to Plutus, the entire process works by the application converting.... 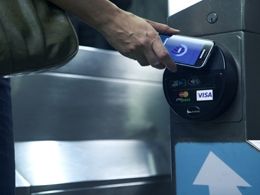 Making Bitcoin payments more accessible to consumers all over the world will help put digital currency on the radar as a formidable financial solution. Now, Plutus is bringing more convenience to the Bitcoin ecosystem by letting users pay with digital currency wherever contactless (NFC) payments are accepted similar to how popular mobile payment apps such as Apple Pay and Android Pay operate today. What’s more is that it uses Ethereum smart contracts to complete transactions. Even though popular digital currency Bitcoin has been getting a lot of attention from business owners over the past.... 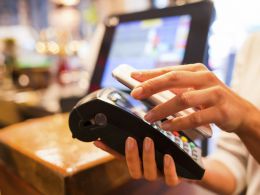 The Bitcoin Tap & Pay application Plutus has just announced that it has finished its crowdfund, raising $1 million USD in just nine days. With these funds, the startup plans to complete its Bitcoin NFC payment app. Expectations Exceeded, NFC App Coming Soon. The contactless (NFC) payment firm Plutus wants to make it’s easier to spend bitcoin. The point-of-sale (POS) platform allows customers to pay for products similar to Apple Pay. However, the difference is users can use Bitcoin and Ethereum for transactions that are settled....
Bitcoin