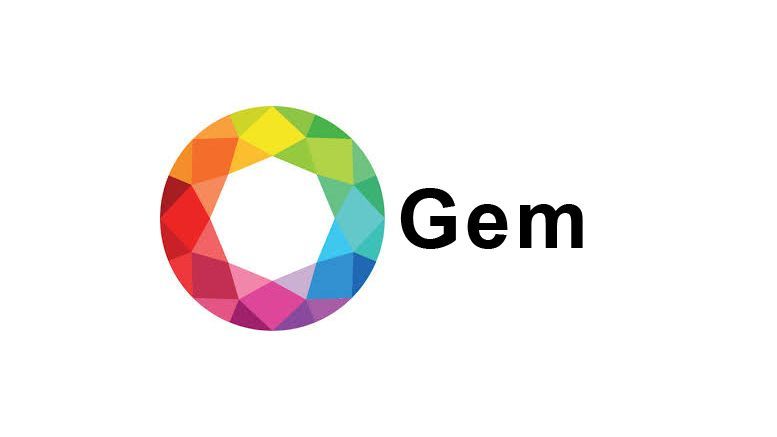 Gem (https://gem.co/), a Venice-based Bitcoin startup, today announced the completion of a $2 million seed round of funding to accelerate the growth of its recently launched full-stack API that provides developers with a complete solution, eliminating the pain of building Bitcoin security infrastructure into their apps.

"Gem's approach to the Bitcoin world, building a previously non-existent security platform for developers and others to integrate into any solution, was game-changing to us for the industry. We really feel they are positioned to become a leader as Bitcoin disrupts banking and payments," said Howard Morgan, Partner at First Round Capital, who co-led the round for Gem.

"The secure solution Gem has built is the sort of disruptive innovation that has been lacking in the payments industry for a long time now," added Jim Robinson, Co-Founder and Managing Partner at RRE Ventures. "And now we've added Ken to the team, a guy who was one of the original pioneers for making our credit cards safe to use online. This is a team with strong security chops building key Bitcoin infrastructure."

Recently launched in private beta at TechCrunch Disrupt SF 2014, Gem offers a simple, yet powerful platform for securing Bitcoin and other digital currencies.

"We're excited to get significant early-stage funding to expand and become the all-in-one platform to develop Bitcoin apps, as we've received tremendous feedback from Bitcoin developers since our launch, from just emerging companies and developers building on their ideas to the industry's more successful services," said Micah Winkelspecht, CEO and Founder of Gem.

"There are currently over 16,500 Bitcoin apps in development on GitHub. Our goal is to help every developer focus on their overall product vision and user experience, without the need for expertise in cryptography, security and the underlying Bitcoin protocol."

"Each investor has contributed not just their capital and vast network access, but also deep strategic advice. With this funding, our team is well-positioned to continue building the world's most highly scalable and security-focused API, and continue to add key talent to the team."

"The potential for an all-in-one Bitcoin development platform and the rise of new and exciting Bitcoin apps opens the door to new, innovative ways of managing not only Bitcoin funds securely, but eventually any digital asset, and that was a technical and financial services revolution I wanted to help drive," said Ken Miller, newly-appointed COO of Gem.

For Gem's first live demo at TechCrunch Disrupt, the team developed a robust, market-ready Android wallet through their own API in just a few weeks' time.

"The future success of the Bitcoin ecosystem absolutely depends on developers," added Miller. "Gem's platform will allow them to drive mainstream user adoption of Bitcoin with the next generation of great apps, using a highly secure solution from us that requires literally less than ten lines of code. It's going to change the game."

Jai Choi, Founder and Managing Director at Tekton Ventures was an early supporter of Gem and a co-lead of the recently closed round.

"We saw in Gem the elusive combination of an industry ripe for disruption, a tremendous vision, and a truly special team. We're thrilled to be involved and watch their success."

Gem, formerly BitVault, is a simple and secure platform for storing Bitcoin and other digital currencies. Founded by Micah Winkelspecht in 2014, Gem allows developers to build feature-rich applications in minutes using only a few lines of code. Gem's product has revolutionized Bitcoin technology by providing full stack, bank level security for any developer to integrate into their Bitcoin applications. Gem is based in Venice, CA. 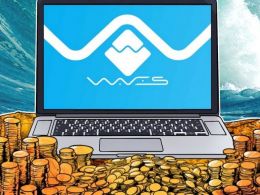 WAVES, a decentralized platform ​which uses custom Blockchain tokens to represent value, has finished ICO, raising over $16.000.000 USD in Bitcoin. CoinTelegraph spoke to Alexander Rugaev, Chief Business Development Officer at WAVES, about the features of the platform, Yobit failure and the Wave coin soon to be available on exchanges. CT: How much Bitcoin was raised? Alexander Rugaev: WAVES finished ICO in June 2016 and raised over $16.000.000 USD in Bitcoins. It is considered to be the biggest amount in BTC even compared to Etherium. CT: How does the Waves platform work? AR: Put simply.... 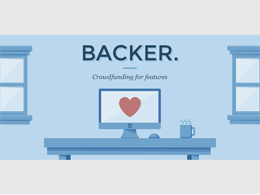 App.net describes itself as "a network of social applications." The service offers microblogging, groupchat, photo sharing, and more. Image from The Verge. Furthermore, App.net offers an extensive API for developers. A service like App.net needs to constantly add new features to please its users and developers. But how exactly is such a service to know what features people want the most? App.net has decided to take an interesting approach. If you want a new feature that badly, chip in to cover development costs. For instance, should App.net accept Bitcoin as a form of payment? If you want.... 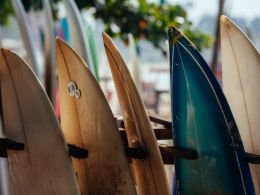 Bitcoin Price Sell-Off But Advance Not Over

Bitcoin price sold off from just below $450 to $430. The market may be wondering whether this is the start of a downtrend, but wave analysis shows that the advance has more upside in store. A sell-off has drawn a long red candle in the price chart and retraced advance since Friday. According to the wave count in the chart, bitcoin price is apparently extending its 5th waves and has just completed wave 3 of the larger advancing wave. The current sell-off would count as wave 4, and that implies another advancing wave – wave 5. The 4th wave (today’s sell-off) had targeted the area (magenta.... 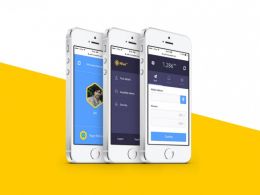 Hive Web is a cross-platform, multi-currency wallet. This isn't the first time CCN has talked about Hive. A few months ago, CCN covered Hive's gorgeous OS X app and interviewed one of the developers. The Hive team is known for prioritising usability and simplicity, which is highly important considering that most people still don't entirely understand Bitcoin. While Hive has native clients for OS X and Android, it seems the developers wanted to streamline the entire experience by creating a cross-platform, multi-currency web wallet. Here's my take on the team's latest offering - Hive Web.....
Bitcoin