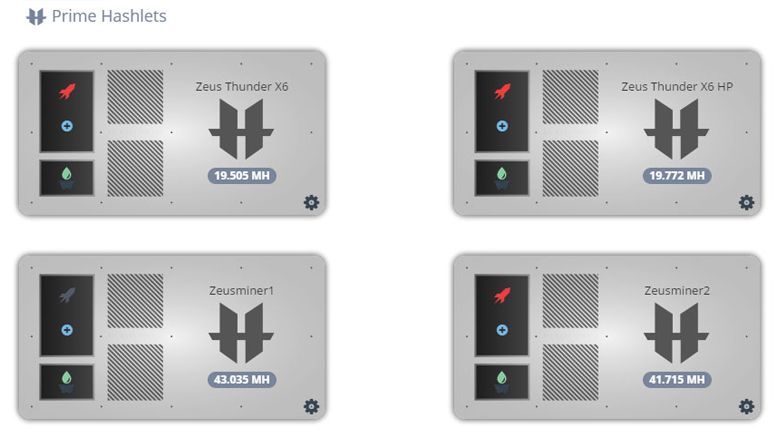 The customers who invested with us early on shouldn't have to pay the price for us maintaining our trade secrets.

Bitcoin miners were excited to find a sudden surge in profitability after a major announcement by leading cryptocurrency hardware provider, GAWMiners. The announcement detailed the company's plans to offer a free path to upgrade its legacy customers to the company's revolutionary new bitcoin product, Hashlet Prime.

Hashlet Prime stands as the company's latest flagship product, leading its Hashlet family of bitcoin miners which took the cryptocurrency industry by storm earlier this summer generating over $12M in sales within weeks of release. Boasting features such as zero pool fees, upgradeability, access to the most profitable pool in the world, and the ability to mine multiple algorithms, Hashlet Prime is widely considered the most powerful bitcoin mining product in the world.

While Hashlet was in development, undergoing months of R&D, hundreds of GAWMiners' customers purchased millions of dollars worth of its previous flagship product, The Vaultbreaker which broke records this June when it launched. Since then, Hashlet Prime was announced while Vaultbreaker orders were still being fulfilled, CEO Josh Garza announced that the company would honor all requests to upgrade Vaultbreaker customers to the latest Hashlet Primes, which command over 5x the price pound-for-pound. Instead of having to pay thousands for an upgrade, Vaultbreaker customers were given the choice to do so for free.

"The customers who invested with us early on shouldn't have to pay the price for us maintaining our trade secrets" explained Garza as he outlined why his company would offer such an enticing deal. "Giving our earliest customers the same opportunities as our customers today should be the bare minimum. That's why we're doing this upgrade for free."

The announcement comes to the relief of many as companies such as KnC and Butterfly Labs have set the tone in the industry for drastically late shipments and stealing customer mining time with their own products. The later has even been shut down by the FTC as it investigates false advertising and fraudulent practices.

The free upgrade announcement, made in the popular bitcoin community HashTalk.org, on the other hand was met with great celebration with a post receiving over 1000 responses within hours. GAW’s decision produced $8m+ of profit for Vaultbreaker customers who mine cryptocurrencies like bitcoin with GAWMiners.

Garza ended the announcement with a bold statement to the community:

"This is only the beginning. GAWMiners is here to stay."

- Announcing XDR.money, a substantial upgrade for cryptocurrencies in terms of stability and....

Bitcoin underwent a major network update, the Taproot Upgrade, on 04:10 UTC on Nov. 14. This is the first major upgrade that the network went through since the Segregated Witness (SegWit). The SegWit upgrade eventually resulted in the development and launch of the Lightning Network in 2018. The Taproot upgrade was originally proposed by Bitcoin […]

The new BTSE Earn feature is undoubtedly the right step in the right direction for both users and exchange owners. With the new BTSE Earn, crypto-asset holders can earn interest on their assets. There is a range of Earn products the preferred assets of users. The new Earn feature on the BTSE cryptocurrency exchange will allow users to earn yield from their crypto assets. The implication is that you can earn interest on your idle […]

In the Post-Pandemic Era, Crypto Savvy Fans Have Found a New Way to Get Close...

The past eighteen months have been hard for everyone on our planet. A global pandemic has prevented us from experiencing social contact to the fullest, creating a void waiting to be filled. As a result, some savvy cryptocurrency enthusiasts have come up with a different way of engaging with their favorite stars. The Need for […] 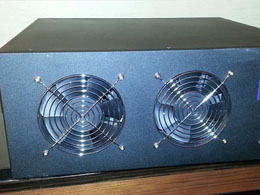 Bitmain announced today an upgrade path for existing Antminer S2 owners that will allow for an upgrade to 1.8 th/s or 2 th/s. Bitmain Announces 1.8 th/s to 2 th/s Upgrade Path for Antminer S2 Owners. Right now details are scarce, and many are speculating that it is either a firmware and PSU upgrade to new blades to replace existing ones. The time frame is looking like it will happen in under three months. Bitmain's official statement on BitcoinTalk was the following: A short, good news for the S2 buyer is that we will let the S2 to upgrade to 1.8TH/s or 2TH/s at very low cost which you can....

Bulls are in control as Bitcoin and the crypto market break every all-time high, coming into the top 10 is Terra’s native cryptocurrency LUNA with a 12.9% rally in the daily chart. Trading north of $40, at press time, this cryptocurrency has outperformed BTC and major altcoins in lower timeframes. However, LUNA could be just firing up its engines and getting ready for a fresh leg-up in the short term. The Terra ecosystem has been implementing major improvements to its ecosystem in the past months. Related Reading | Why The Terra Ecosystem Delayed A Major Mainnet Upgrade For Late....
Bitcoin