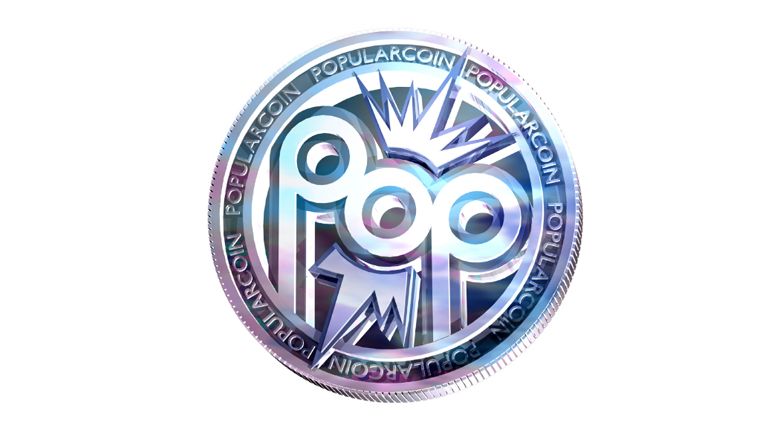 We have learned over the past year that alternative coins tend to follow the popularity of Bitcoin which in January of 2013 rose from a little over $10 to well over $1000 by December of 2013. We foresee Bitcoin gaining even more in value...

Popular Coin (POPcoin) will announce the launching of the first known crowdfunding campaign for a Crypto Currency at this year's Crypto Currency Convention on April 9th in New York City.

The purpose of the Crypto Convention is to bring the world's leaders and visionaries under one roof, developing and evolving the dynamic game changing technology that has birthed Crypto Currency. The event is being held at the Scholastic Auditorium just walking distance from New York's Times Square.

One of the speakers will be POPcoin's Founder Joshua Nold who stated, "We have learned over the past year that alternative coins tend to follow the popularity of Bitcoin which in January of 2013 rose from a little over $10 to well over $1000 by December of 2013. We foresee Bitcoin gaining even more in value as the year progresses. Now that Bitcoin has overcame some bumps in the road, the coin is ready to take off!" Ready to launch is perhaps more appropriate as Sir Richard Branson announced that Virgin Galactic will now takes Bitcoin for private spaceflights. Meanwhile back here on earth, Today, more than 13,000 online and brick-and-mortar small businesses accept bitcoin, including the NBA's Sacramento Kings. Just one more indication that the technology is gaining broader acceptance

A Popular Coin for Popular Products is the motto of Popular Coin who is working to connect with popular products and services that are looking to accept these new forms of virtual currencies. Nold stated, “First and foremost, Popular Coin represents the new world of virtual digital crypto-currency. POP also represents hard work and dedication to family and culture just like every form of currency has throughout history. The greatest change from antiquity is that we are in the digital age where more and more products and services are needing a way to be paid for online.” The new virtual digital currency POP promises to provide transactions in less than one minute with a completely secure network. One major quality that sets POP out from the rest is the stunning graphic image rendered by National Award Winning aviation artist Joe Jones whose rendition is at the center of Popular Coin's rewards offered in exchange for supporting the start-up enterprise.

If you go to the site of their crowdfunding campaign on IndieGoGo you can find out more about the 7 levels of sponsorship they are offering which include an extensive list of perks that give Popular Coins as well as merchandise and even signed limited addition art work from National Award Winning Artist Joe Jones In order to give everyone knowledge about these new kinds of currency they are even offering free CPU POP wallets so you can see how the currency functions. "The excitement over POP really increases when people see how the CPU wallet works and how fast the transactions occur," stated Nold.

Attendance at the April 9th Crypto-Currency one day event is expected to exceed over 1000 of the industry's leaders and visionaries. It is open to the general public and for those who may just be a bit curious as to what the future holds for this promising new technology..

- AppleByte, the Digital Currency Supporting Artists, Announces Its Second Round of Crowdfunding.... 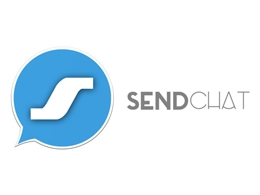 Social messaging applications are playing an ever-increasing role in our daily lives, as we want to be in contact with the rest of the world at any given time. Most everyday consumers have a few different messaging apps on their devices. This growing prevalence of social messaging could be beneficial for Bitcoin adoption. SendChat wants to capitalize on this potential, and has launched a crowdfunding campaign to make its app available for both iOS and Android users. Integrating Digital Currency With Social Messaging. With social messaging becoming more and popular every day, it could prove.... 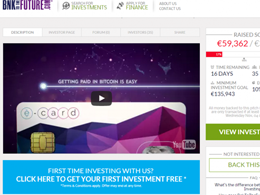 E-Coin's crowdfunding campaign at Hong Kong-based platform bnktothefuture.com has evoked much curiosity. So far this campaign has successfully raised €59,362 out of the set target of €339,859, and now it is inching towards half of the minimum investment target of €135,943. This company has made great strides of late particularly after it launched a multi-sig Bitcoin wallet and debit card which was designed to bridge the gap between traditional finance and cryptocurrency. Later it also announced an affiliate program for the benefit of the users. For a firm that has customers from 150+.... 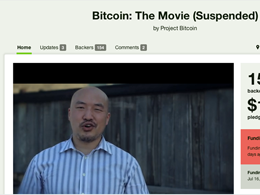 "Bitcoin: The Movie", a film about bitcoin, has had its crowdfunding page pulled just two weeks after it launched. The movie, which was to be a documentary on the socio-economic impact of the currency around the world, was raising its money using Kickstarter, the popular four-year-old crowdfunding site, based not far away from the movie team's own New York office. Andrew Wong, the entrepreneur behind the movie, launched the crowdfunding campaign on Kickstarter on July 16, and had scheduled the project to run until August 15, with a crowdfunding goal of $100,000. However, late last week,.... 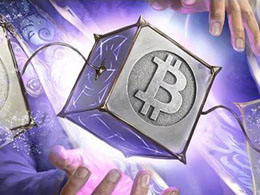 Spells of Genesis, one of the most highly anticipated arcade games of 2015, developed by well-known game developer EverdreamSoft, is introducing and implementing bitcoin and its blockchain technology in the game's storyline and as an in-game currency. Before the game's launch on both iOS and Android Play Store, EverdreamSoft plans to host a crowdfunding campaign for its game and storyline development. Spells of Genesis will be using BitCrystal tokens as its in-game currency which can be used to purchase game items and to trade with other users within the game. The concept behind Spells of.... 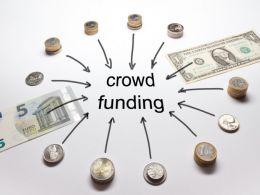 Given the current focus on blockchain development, it makes sense to support the development of decentralized applications. Airbitz is much more than just a Bitcoin wallet provider. The company has been working on other things behind the scenes. One of those efforts focuses on a new equity crowdfunding campaign. This particular effort will support the Airbitz Edge Security SDK, which can then be used to build new decentralized applications. It is rather interesting to see Airbitz host their crowdfunding campaign on Wefunder, as very few people have heard of this company. At the same time,....
Bitcoin