Blockchain Technologies Corporation (BTC) has entered into an agreement to be acquired by Global Arena Holding, Inc., (OTC PINK: GAHC). As reported in GAHC's Form 8-K filed with the SEC on May 20, 2015, GAHC incorporated a new wholly owned subsidiary in the State of Delaware called "GAHI Acquisition Corp." This entity was incorporated to be the merger subsidiary for the acquisition of BTC.

GAHC entered into an agreement and plan of merger with BTC. Under this agreement, BTC will merge with GAHI Acquisition Corp., and GAHI Acquisition Corp. will be the surviving corporation. Pursuant to the terms of the merger, GAHC will reserve a number of shares equal to 1/3 of the total issued and outstanding of GAHC to be issued to BTC shareholders. Additionally, GAHC will also have capitalized GAHI Acquisition Corp. with $1,250,000 plus an amount equal to an outstanding bridge loan, which amount shall be used for the development and implementation of the Blockchain business and technologies, as well as, the repayment of said outstanding debt. For complete terms, please see GAHC's Form 8-K filed on May 20, 2015 located at http://www.sec.gov.

BTC is a technology company that acts as an early-stage investor, incubator, and seed accelerator program featuring a number of innovative startups utilizing the Blockchain, the underlying technology of the bitcoin digital currency. BTC currently owns several startups that are operating in the Blockchain technology field.

The Provisional Patents are:

2.    Application No. 62/033,706 filed August 5, 2014; Designed for the use of the Blockchain Database to Enhance Security of and Support Secure Electronic Voting and Election Result Tabulation.

4.    Application No. 62/112,130 February 4, 2015; System and Method for Blockchain-Type Based Search Engine Database within an Internet Browser Supporting a User Affinity Program.

When consummated, this deal will mark a significant step in the history of the rapidly growing Blockchain ecosystem by having one of its key players be part of a publicly traded company, GAHC.

Slidechain LLC: a company that utilizes multiple Blockchains simultaneously, with their backbone being the Bitcoin blockchain;

Digital Assets Vending Inc.: a bitcoin ATM / BTM company whose main product, D.A.V.E. (Digital Asset Vending Equipment), is being developed to be the easiest, most flexible, and affordable device of its kind;

Overseas BC Marketing: A company that has entered into an agreement with an Irish gaming company pursuant to which Overseas BC Marketing will market online web-based waging services and products. This platform does not allow wagering from U.S. citizens;

Blockchain Apparatus LLC: a company that uses the Blockchain for an incorruptible voting application and self-executing wills and smart contracts, among other uses.

GAHC Chairman and Chief Executive Officer John S. Matthews said, "I am very pleased with the potential technology acquisition and believe on consummation, BTC and its subsidiaries will add an exciting dimension to the growth of GAHC."

BTC Chairman & Chief Executive Officer Nick Spanos stated "We're delighted with the GAHC proposed merger as it will enable us to compensate developers with a publicly traded stock, and we are further inspired by the knowledge that as a function of this proposed merger, the public can now participate in a company with Blockchain technology.”

GAHC is trading on the OTC pink sheets and has been publicly traded since 2011. GAHC holds a number of interests, including Global Elections Services, and Global Arena Investment Management.

- Global Arena Holding, Inc. Has Entered Into an Agreement to Acquire Blockchain Technologies.... 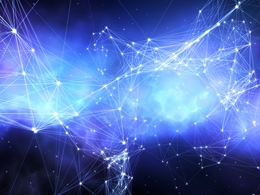 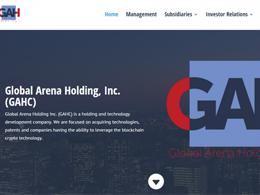 Global Arena Holding Inc. (GAHC)) today announced that with an initial investment it has officially and successfully secured six blockchain startups, five provisional patents, and one non-provisional patent through its subsidiary's acquisition of Blockchain Technologies Corporation ("BTC"). GAHC's interest in the blockchain became apparent after it started taking assertive steps to acquire BTC this year. John Matthews, CEO of GAHC, expressed his happiness over the present development stating that since the blockchain and the businesses around it will turn out to be one of the largest.... 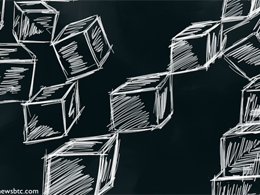 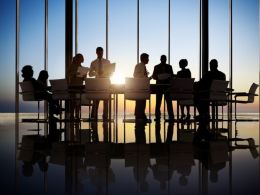 Bitcoin as a Corporation

Bitcoiners like to defend their community by proclaiming it just that – a community. But, what if in a court of law, Bitcoin could be defined as a corporation. What would this mean for Bitcoiners? If the so-called Bitcoin Community were declared a corporation, the precedent would then be set for online creation communities to thus be considered corporations. This would have far-ranging implications for all online creation communities, which encompasses technologies like Linux. If Bitcoin were ruled a corporation, then it would have operated for numerous years unregistered. As many early.... 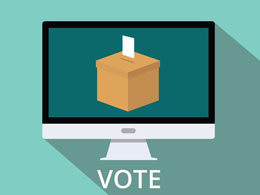 In yet another example of the numerous applications of block chain technology, a New York-based subsidiary of Global Arena Holding called Global Election Services is keen to explore applications that aid in secured block chain voting. Block chain technology is being tapped into by banks, research companies, stock markets like NASDAQ and even government entities such as the UK Treasury. With accurate record-keeping as an incorruptible digital ledger, a block chain's applications are a varied sort while offering staggering potential due to its efficiency and clarity. The democratic process....
Bitcoin