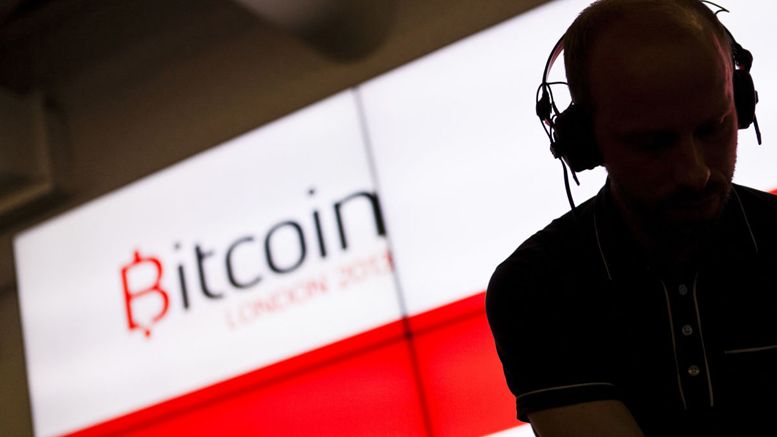 Today CoinSummit announced the 10 Bitcoin startup companies it plans to include in its Startup Showcase -- a prestigious list of new Bitcoin-centered ventures identified as industry-shapers for 2014.

The Showcase will be presented in two parts -- Part One during the 25th, the first day of the conference, at 2pm. The second portion of the Showcase will take place at 2pm on the 26th. Attendees can expect surprising insights and impressive innovations from this elite team of Bitcoin experts.

The full list of companies in the Startup Showcase can be viewed here: http://www.coinsumm.it/#start-up-showcase

While the Startup Showcase is drawing major interest, it’s far from the only event being offered at CoinSummit. The conference, which sold out of public passes quickly, will feature an impressive list of 55 speakers, including Vinny Lingham of Gyft, Tom Longson of Gogocoin, and Marc Andreessen and Balaji Srinivasan of Andreessen Horowitz. An impressive list of Bitcoin companies and venture capital firms will also be represented.

“We couldn’t be more excited about this lineup of Bitcoin giants,” says conference organizer Pamir Gelenbe. “These are the true pioneers of Bitcoin. They’re engineering a revolution and they’re giving us an exclusive peek inside the control room. How could you not get excited about that?”

Those who don’t have access to the conference can catch the action online, via CoinSummit’s live stream feed, which will broadcast panel discussions and presentations as they happen. People watching the live feed can also join in the conversations and debates by following @coinsummit on Twitter, and tweeting along with speakers and attendees using the #CoinSummit hashtag.

“With this group of venture capitalists, tech mavericks and adventurous entrepreneurs, it’s safe to say big things will happen at CoinSummit,” says Gelenbe.

“We’re glad we can share the experience online and invite our Bitcoin family from all over the globe to share, participate and challenge each other.”

Although the conference room is at capacity and tickets for the public are sold out, a handful of passes are still available for the press. Contact Kari DePhillips for availability and more information on media passes.

To learn more about the event, visit http://www.CoinSumm.it/

- Bitcoin Looks to Have Promising Future for Big Businesses and Startups 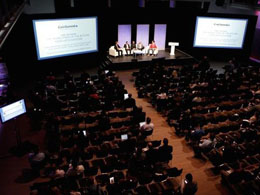 The CoinDesk team will be covering CoinSummit London over the next two days, so stay tuned for daily updates from the conference's key speakers and panels. Invitation-only tickets for the event are still available, but there will be no sales on the door. If you're not able to attend, don't worry - you can follow all the action live on CoinDesk's Twitter feed (@CoinDesk) and via the CoinSummit Live Stream (below). To find out more about the speakers involved, alongside CoinSummit's 'startup showcase' winners click here. CoinSummit London 2014 Highlights. State of Bitcoin Q2 2014 - As.... 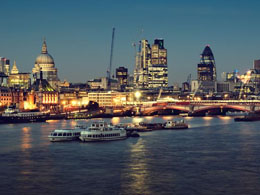 This summer, the UK will play host to a two-day conference aiming to connect entrepreneurs, angel and VC investors, hedge fund professionals and others with an interest in the growing digital currency ecosystem. CoinSummit London will take place on 10th-11th July at the East Wintergarden venue, right on the Thames waterfront, and as with previous CoinSummit events, will present a number of headline speakers from the spheres of digital currencies, startups and investment. This will be the third event from CoinSummit, which was founded by husband and wife team Pamir Gelenbe, entrepreneur and.... 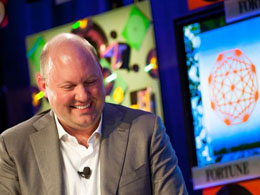 CoinSummit San Francisco has announced that early software pioneer and acclaimed venture capitalist Marc Andreessen has been named as keynote speaker for the invitation-only event to be held on 25th and 26th March at the Yerba Buena Center for the Arts. The upcoming two-day conference had earlier confirmed high-profile speakers such as. Nicolas Cary, CEO of Blockchain.info. Jackson Palmer, co-founder of Dogecoin; angel investor Roger Ver. Naval Ravikant, founder of AngelList; and Bobby Lee from BTC China. Other notable speakers include. David Lee, partner at SVAngel. Nejc Kodric, CEO of.... 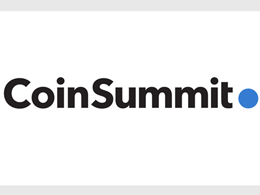 The CoinDesk team will be covering the sold-out CoinSummit event in full, so keep an eye on the home page for the latest news and updates. If you've not made it to San Francisco for the conference, you can still follow the action on CoinDesk's Twitter feed (@CoinDesk), as well as watching the CoinSummit Live Stream (below). CoinSummit Live Stream. CoinSummit Tweets. Tweets about "#coinsummit. Agenda. Day 1 - Tuesday, March 25th, 2014. 08:30 - 9:15. Registration and coffee. 9:30 - 9:45. Opening remarks and greetings, Pamir Gelenbe, CoinSummit. 09:45 - 10:30. Fireside chat with Marc.... 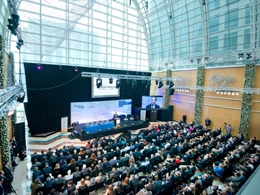 We were headed to London to attend the CoinSummit Bitcoin conference! CoinSummit London is a two day event connecting virtual currency entrepreneurs, angel and VC investors, hedge fund professionals and others who are looking to learn and network in the virtual currency industry. We can’t wait to tell you more about the topics! Live updates from the conference. Instagram updates.
Bitcoin