The Bitcoin Foundation will host Bitcoin 2013: The Future of Payments, the first major US summit entirely focused on Bitcoin and its growing impact on the payments landscape.

More than 500 attendees are expected to convene in San Jose, California, to address key issues and best practices toward driving widespread user adoption by both businesses and consumers. The conference will also concurrently host a live hackathon, judged by venture capitalists in the payments space.

Bitcoin 2013 comes at a crucial time as Bitcoin continues to gain momentum toward establishing itself as a viable alternative in the payments landscape; it achieved all-time highs in transaction volume and new entrants in recent weeks.

“We are excited to be hosting industry leading Venture Capitalists, key technologists in and outside of Bitcoin, and top-tier regulatory thinkers at Bitcoin 2013,” said Peter Vessenes, Chairman and Executive Director of the Bitcoin Foundation.

“Bitcoin is a fundamental protocol for money over the Internet, and we are only beginning to glimpse its importance. Bitcoin 2013 brings together a wide assortment of incredible people, and we’re excited to see what they have to say.. A new Bitcoin company will get funded at the Hackathon, and we will even have a Bitcoin-themed cocktail at our kickoff night.”

Bitcoin 2013 sold out its exhibitor space this month, and has a few sponsorships left, according to Vessenes. The conference will offer in-depth overview of Bitcoin for novices and experts alike. Industry leaders from across the payments, technology, and regulatory space will come together to discuss topics ranging from “Improving Ease of Use” and “Bitcoin Security” to “Fraud Prevention” and “Issues of Regulatory Compliance.”

Future of Payments is open, and the full schedule of panels, topics, presenters, and speakers can be found by visiting http://www.bitcoin2013.com/

Launched in January 2009, Bitcoin is a decentralized peer-to-peer payment system, entirely regulated by its users. Whereas legacy payment systems rely on third-party intermediaries for access, execution, and management, Bitcoin transactions are secured through a distributed computing network, seamlessly enabling direct monetary transactions. The supply of Bitcoins is regulated by software and cannot be manipulated by any government, bank, organization or individual. There have been more than 11 million Bitcoins created to date, with 21 million maximum possible. Visit bitcoin.org for more information.

The Bitcoin Foundation is a nonprofit organization founded to standardize, protect and promote Bitcoin cryptographic money for the benefit of users worldwide.

- WebMediaBrands’ Inside Bitcoins Conference Allows Attendees to Pay in Bitcoins and Announces.... 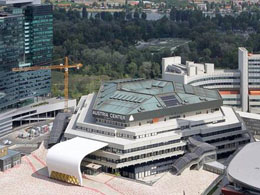 The Two Bitcoin Conferences of 2013

The Two Bitcoin Conferences of 2013. After the first two successful Bitcoin conferences that took place in Prague in 2011 and London in 2012, it has been announced that there will in fact be two Bitcoin conferences taking place in 2013. The first, entitled "The Future of Payments", will take place in San Jose, California on May 17-19, and the second, named "unSYSTEM", will happen in Vienna on 1-3 November. The two conferences will be in a similar format to those run in 2011 and 2012; they will both take up a weekend, feature a number of speakers making presentations on topics either.... 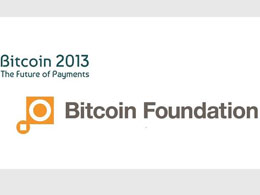 Some of the world's leading bitcoiners will be gathering in California later this month to discuss their favorite currency. "Bitcoin 2013: the Future of Payments" is set for May 17 - 19 at the San Jose Convention Center in San Jose. (CoinDesk is a supporting sponsor and media partner for the event.) Expected to draw more than 500 bitcoin experts and entrepreneurs from across the globe, Bitcoin 2013 will feature talks and panel presentations from some of the top names in cryptocurrency and alternative economies, including Gavin Andresen, bitcoin's lead developer and chief scientist of the.... 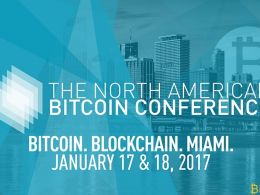 The North American Bitcoin Conference (TNABC) has finished up its final day in Miami. Day two showcased a wide array of great speakers educating the crowd about the many benefits of bitcoin and its surrounding technologies. Miami Bitcoin Conference – Day Two, Morning Sessions. As Bitcoin.com recently reported, attendees of the Miami Bitcoin conference.... 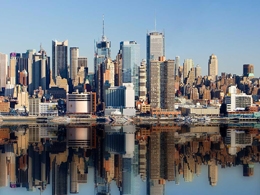 If you could not make it to New York for the conference don`t worry. Our college Ethan Law is there streaming for us. You wont miss out anything. Ethan will go to all the sessions and panels and keep you updated on both days of the conference. Day one of the Inside Bitcoins Conference turned out to be a massive success; with 1,000+ attendees showing up to view the 45 various exhibits and over 30 speakers. The conference began with keynote speaker Jeremy Allaire, Founder and CEO of Circle, who spoke on the steps that Bitcoin must take to continue its maturation as a currency. 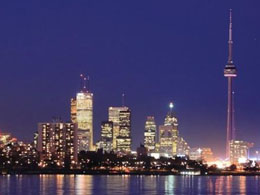 The Bitcoin Alliance of Canada, Canada's largest nationwide nonprofit Bitcoin organization, has announced the Bitcoin Expo 2014, a full-scale Bitcoin conference that will take place in Toronto in April 2014. Although the event will not be the first Bitcoin conference in the country, an honor that goes to the Bitcoin summit last month, it will be the first major conference in the country, attracting attendees from all around the world. The location of the venue will be the Metro Toronto Convention Centre, the largest conference and meeting facility in Canada. The space will include four....
Bitcoin