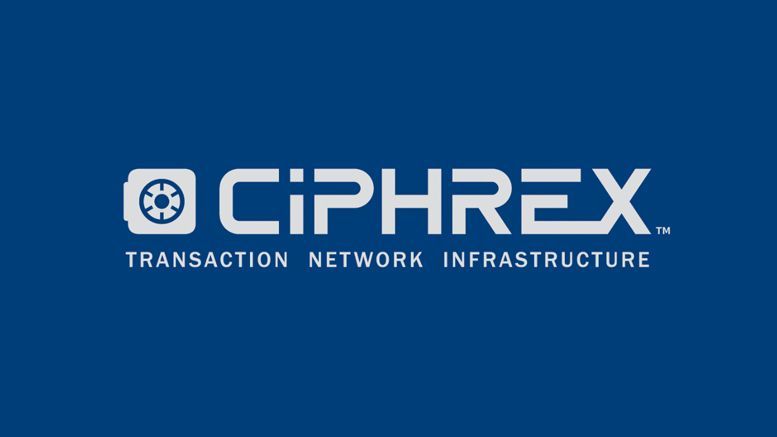 Ciphrex Corp – a leading software company in the emerging field of cryptocurrency and blockchain technologies – announced it has completed the sale of its Series A stock offering.

“We are glad to announce we’ve met our goal of raising half-a-million dollars in this initial round. These funds will allow us to further advance, promote and expand our line of products,” said Enrique Lombrozo, Co-CEO and Chief Operations Officer.

The company, based in San Diego (CA), was co-founded by Eric Lombrozo and Enrique Lombrozo just over a year ago. Its product line includes mSIGNA™ and CoinSocket™.

mSIGNA™ is a multisignature Bitcoin wallet application offering an easy-to-use wallet for individuals and an enterprise-grade foundation for applications. CoinSocket™ is an application development platform built over Ciphrex’s core technology that provides easy-to-deploy services, allowing secure management of multisignature accounts at the enterprise level.

“Security is the primary consideration for financial transactions,” he further explained, “Ciphrex’s platform provides a general multisignature account management architecture supporting Bitcoin and other altcoins. Accounts and security policies can be configured and deployed incrementally and independently from application logic. Signing can be coordinated between multiple devices subject to custom rules.”

The Ethereum Project – a forward-thinking cryptocurrency concept – served as a ground-breaking case study in cryptocoin security and account management. Ethereum needed a secure solution for storing bitcoins raised in their crowdsale. They hired independent cryptocurrency software experts to review various options and settled on Ciphrex’s multisignature solution as the platform upon which to build. Ciphrex teamed up with Michael Perklin of Bitcoinsultants to create a comprehensive solution including hardware, software, policies, procedures, and training of personnel.

Eric Lombrozo and Michael Perklin will be featured speakers at The North American Bitcoin Conference in Miami this weekend. Their talk – Securing the Ethereum crowdsale – will describe how Ciphrex’s wallet mSIGNA™ was selected by the Ethereum project for its crowdfunding campaign, after a rigorous peer-review process. They will relate their experience in putting this project together, what they learned, and how others can apply some of these ideas to their own projects with open source, off-the-shelf components. Their presentation will take place at the Fillmore Theatre in Miami Beach, January 17th, at 10:00 a.m. 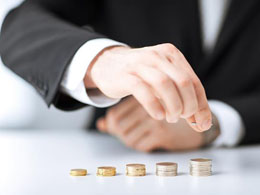 Cryptocurrency security firm Ciphrex has completed a successful A-Series funding round, raising $500,000 (£327,934) Six accredited investors took part in the round, according to the company, but they wished their participation to remain private. Enrique Lombrozo, co-CEO and chief operations officer, said: “We are glad to announce we’ve met our goal of raising half-a-million dollars in this initial round. We raised $300k immediately, back in October 2014, and then we raised the remaining $200k in the last few weeks. These funds will allow us to further advance, promote and expand our line.... 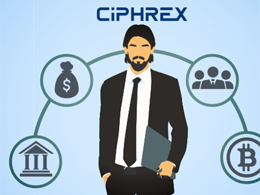 Cryptocurrency and blockchain technology-based leading software company Ciphrex had added Bitcoin law expert Peter Townshend to its Board of Advisors, the company announced via a press release today. The addition of Peter Townshend, who is also a partner at the leading law firm Perkins Coie LLP, will immensely boost the software company's position as it sets up for the Series B round of financing. Ciphrex's co-founder and Chief Operations Officer Enrique Lombrozo said, "We are delighted to have Peter Townshend join the Ciphrex team as our legal advisor. He is an outstanding attorney who....

Cryptoeats, a company that reportedly raised 8 million in a Series A funding round to build a crypto-based Ubereats alternative, disappeared after launching its token. According to estimations, the startup might have taken more than £500K from investors after the launch of its official token dubbed “eats.” The alleged scam was promoted by UK influencers and manufactured related apparel, and even hosting a launching party in London. Cryptoeats Initiative Vanishes After Token Launch Cryptoeats, a company that proposed to build a crypto-based Ubereats alternative,.... The CEO of Ark Investment Management (Ark Invest), Cathie Wood, still predicts that the price of bitcoin will be $500K. She says that all indicators “are all suggesting that we are in a capitulation phase, which is a really great time to buy, no matter what the asset is.” Ark Sees Bitcoin Reaching $500K Ark Invest CEO Cathie Wood has shared her view about the current bitcoin market and her prediction of where the price of the cryptocurrency will rise to in an interview with Bloomberg Wednesday. Wood has previously predicted that the price of bitcoin will increase to $500K. With.... 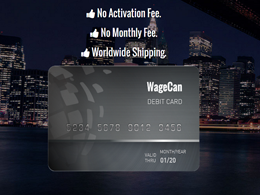 Bitcoinist is proud to announce that we are partnering with WageCan to give away 50 of their popular bitcoin debit cards. The winners of this giveaway will be chosen at random from our newsletter subscribers, so be sure to sign up for our newsletter for your chance to win! In order to be eligible for this giveaway, you must be subscribed to the Bitcoinist.net newsletter. If you are not already subscribed, you can get signed up by simply entering your email address into the submission box on our homepage. Once you enter your email address, click the “Go” button, and you’re subscribed.
Bitcoin