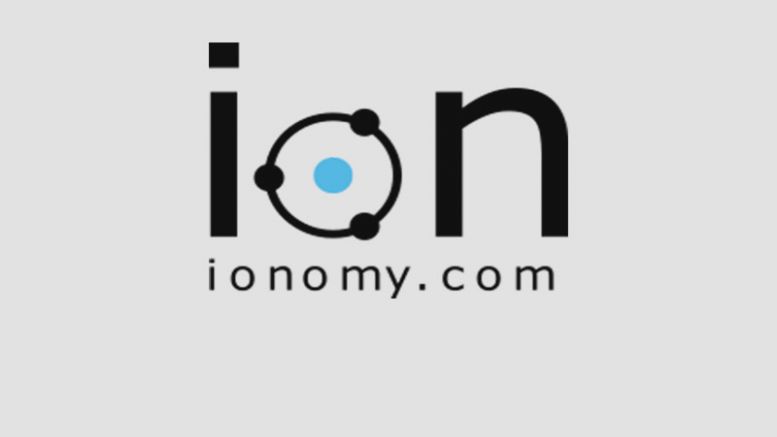 With a revolutionary digital currency, ION, at the center of the “ionomy,” the company seeks to ease entry of cryptocurrency adoption through mobile gaming and social activities. Revenues from the platform provide continuous support to the development of ionomy.com, ION, and expansion of its innovative “Static Proof of Stake” network. After securing initial funding of $125,000 through an initial crowdsale offering in November of 2015, the ionomy team built the foundational ionomy.com platform and developed the new blockchain based digital currency.

ionomy has additionally announced an initial coin offering (ICO) for ION, and seeks to raise approximately $500,000 of additional funding for this round of development and deployment. Enhancements include new game releases for mobile platforms, deployment of the trading and earning system (Stakers), and deployment and support of the core blockchain cryptocurrency, ION.

ionomy launched the ICO campaign on April 4, 2016 and has already sold over half of the initial 5 million ION that have been offered at a starting price of $0.20/ION. The price of ion is on a rising scale and increases in increments of $0.01 weekly until the conclusion on May 16, 2016:

- An initial supply of 10.9 million ION has been established with 5 million dedicated to the ICO, the remaining divided between platform and development incentives, and bounties.

- ION is built upon the latest proof­of­stake 3.0 technology based on Blackcoin’s core and innovates by adding masternodes (transaction facilitators) similar to Dash.

By leveraging company holdings and pooling user deposited ION into a product named “Stakers,” the company can offer users higher than local wallet staking returns by effectively creating a large masternode and staking pool. A traditional cryptocurrency wallet or QT wallet will be offered on launch as well in order to allow users who prefer to manage their own wallets the option to do so.

“Many of our users can be intimidated by a QT wallet, and most prefer the simplicity of an online wallet,”

“so we made it easy for them to use the online wallet, but also get the benefits of the PoS system, including masternodes.”

Stakers are products similar to Certificate of Deposits, time restricted to 3, 6, 9, and 12 months and pay a fixed rate of return for that period of time. Rates start at 10% and can, for brief periods of time, go beyond 100% through platform incentives. “Stakers are impacted by mobile gaming activity – how much a user plays and wins, and rewards are directly tied to the rate of return on Stakers,” Mark Gravina, ionomy Owner stated.

“Players are able to charge their Stakers with game winnings for extra returns. It’s just one of the many ways to use IONs on the platform.”

“We feel the Proof of Work (PoW) model is broken” – said Mark, “We’re seeing now with the large Bitcoin farms in China, the arms race has gotten to the point where mining is a zero sum game”.

ionomy’s approach to the distributed consensus model turns traditional cryptocurrency standards upside down. “By starting semi­centralized with ionomy.com, mobile games, and social activities, then development tools and crowdfunding, we’re giving the currency a real chance to establish a foothold before being adopted outward,” explained Adam Matlack, COO of ionomy. He continued

“The coin is open source, but ionomy is funding development through bounties and incentives; a large portion of ICO funds are set aside just for development of ION itself.”

The platform and coin will launch at the conclusion of the ICO on May 16. All coins sold in the ICO will be distributed and the blockchain will be live. Shortly after the platform and coin launch, the company’s first game “Gravity” is scheduled to be released on mobile platforms.

ionomy is a digital entertainment and investment platform built around the ION coin, a digital currency. By integrating ION into mobile gaming and closely tying it to the platform, new users are introduced to cryptocurrency at their own pace. The mobile gaming market is one of the largest growing sectors in the world. A sustainable draw to the ionomy, for both users and holders of ION, are the digital coin rewards usable for real world goods and services.

To many, Web 3.0 can be intimidating to enter. G-Link makes blockchain mobile gaming accessible and brings Web 2.0 gamers into Web 3.0 through fun F2P P2E games. Nascent potential for P2E gaming Once a golden investment opportunity, the traditional gaming industry has slowed down and become crowded. Meanwhile, blockchain gaming is a sunrise industry with exponential growth potential. The revenue from gaming-related NFTs was US$4.8 billion in 2021, or around 20% of total NFT sales. In the same period, venture capital firms invested over US$4 billion in blockchain gaming to capture market.... 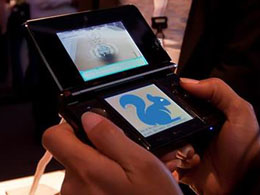 NeuCoin, the international digital currencies project supported by three nonprofit foundations, has launched its digital currency for online games, videos and music and has already listed the coin on two exchanges with more to come. NeuCoin is designed for use cases such as playing freemium games online or on mobile phones without needing a wallet address or QR code - the new NeuCoin will be payable right onthe game site whether it's on iPhone or a tablet. NeuCoin can also be traded and exchanged for bitcoin on Bittrex and Cryptsy exchanges and more exchanges will be carrying it in the.... 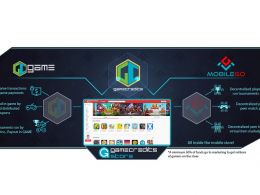 In Conversation with Jon Comer, the CMO of Gamecredits, a Decentralised Mobile Gaming Store

Jon Comer discusses why game developers discuss something better than Apple and Play Store to monetise their work. NewsBTC: Does the gaming world really need a decentralised mobile gaming store? Jon Comer: The gaming industry doesn’t need one if it doesn’t want to transcend past the current state of mobile gaming. As of right now, mobile gaming is the fastest growing sector in the global games industry, expected to pass 50 billion dollars in just a couple of years. But with every growing industry comes a need for new interactivity and a better user experience. PC gaming has found a way to.... 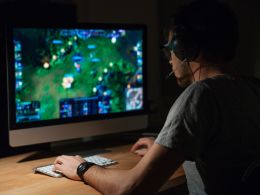 Breakout Coin, an in-game staking mechanism, cryptocurrency payment and loyalty platform on the Breakout Chain blockchain, will launch a public coin sale at 10 a.m. PDT on Monday, June 13, 2016. The Bittrex cryptocurrency exchange will host the coin sale. A total of 6,627,494 Breakout Coins (BRK) will be offered. Combined with a prior sale and tokens for incentivizing players and gaming sites, the crowd sale will bring the total number of BRK to 19.5 million. The coin sale will run through July 7, 2016, and will be open for trade at the close of sale. Breakout Chain Launches. Breakout....

Whether a crypto investor, community member, DeFi user, or just an enthusiast, everyone seeking to keep track of the crypto space and its constant development needs an information source. Sometimes, finding one or keeping track of every news website can be time-consuming and burdensome. Coin News is an all-in-one mobile app designed to provide an […]
Bitcoin