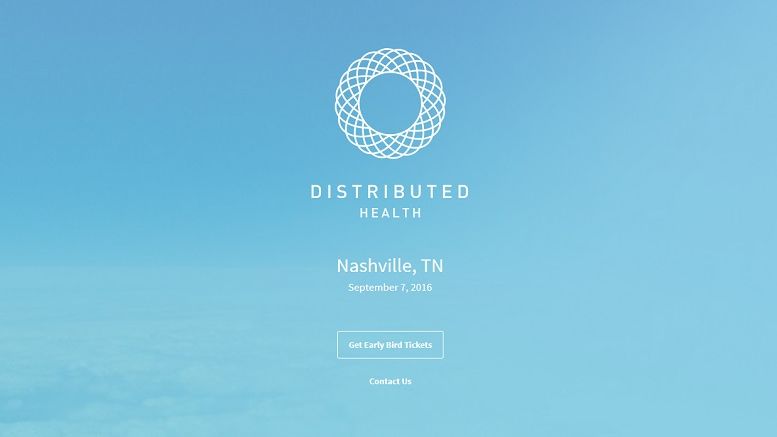 The conference will be held in Nashville’s downtown Symphony Center.

A 24-hour Hackathon preceding the event will host teams from around the world, competing to build the best new blockchain health care application.

“For the last three years we have seen blockchain technology embraced by the banking world as it has sought to solve core problems with trust, interoperability and efficiency,” said BTC Media CEO David Bailey.

Distributed: Health speakers and panelists will represent large enterprise innovators as well as tech startups who will not only conceptualize but demo new health care applications in development.

“Blockchain technology addresses impossible problems by connecting entire industries to shared infrastructure, which allows participants to exchange data with strong guarantees around confidentiality and integrity,” said Micah Winkelspecht, CEO and founder of Gem, who recently launched Gem Health for blockchains and health care and will be a conference sponsor.

“There’s a clear opportunity for this infrastructure to shorten and optimize revenue cycles, ensure continuity of medical data and establish global health identifiers.”

Nashville was chosen for the event based on its central importance as a U.S. health care capital. The city is home to industry giants and leading innovators, with one in eight Nashville employees working in the health care industry. “This is an effort that must be built in collaboration with the industry, and that means starting in Nashville,” Winkelspecht said.

“After a great deal of research, we are convinced that blockchains are a tool that can offer real cost savings and efficiency gains to the health care industry,” said Josh Rosenblatt, Principal at Blackline Payments Advisors, another sponsor of the event.

“Nashville is the epicenter for many of the health care companies that stand to gain the most. This conference should kickstart that conversation, allowing companies to learn what blockchains are, and why their corner of the industry should care.”

For more information or to register, visit: https://godistributed.com/health/

Gem, a provider of enterprise blockchain solutions, launched Gem Health, a network for developing applications and shared infrastructure for healthcare powered by the Ethereum blockchain, and announced that Philips Blockchain Lab, a research and development center of healthcare giant Philips, is the first major healthcare operator to join the Gem Health network. Gem Health is a blockchain network for the global community of companies and individuals that take part in the continuum of care. The company intends to leverage blockchain technology to address the trade-off between patient....

Blockchain and digital health services could be a perfect match for each other across a variety of applications. From distributed interoperable health records to proof of adherence for medication, the healthcare industry is ripe for digital innovation. More generally, technology is a hyper-deflationary force, and this could be particularly effective in delivering quality health care through more effective channels such as mobile apps. Investments in the digital health space have increased significantly in the past two years. This is largely possible because of improved low-power sensors.... Philips Healthcare has confirmed it is currently exploring potential applications for blockchain technology. A division of the larger Netherlands-based parent company, Philips Healthcare saw €9.18bn in sales for fiscal year 2013-2014, a figure that doubled the sales recorded by its consumer lifestyle and lighting divisions and accounts for roughly 40% of its revenues, according to The Wall Street Journal. The company's interest was first revealed in a tweet by Wayne Vaughan, CEO of blockchain-based record-keeping startup Tierion, who touted the service as a "first project" with the health.... "It’s all possible with blockchain…" You hear this over and over at industry conferences. But this time, at the Distributed: Health conference in Nashville, this pie-in the-sky statement got a bit more pushback than usual. According to many of the speakers at the on 3rd October show, blockchain tech stands to disrupt the complex and frustrating healthcare system in a positive way, mostly revolving around simplifying the management and transfer of health records and information. Chris Kay, senior vice president and chief innovation officer at Humana, said during the morning.... 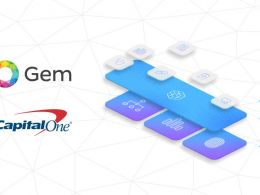 Blockchain company Gem aims to tackle one of the biggest issues in health care insurance claim payments: providers have to wait a long time to get paid. Moving toward that goal, the ambitious startup just scored a major partnership with Capital One. In a recent press release, Capital One announced it is “reinventing” its treasury management platform to include, among other things, advances in health care claims applications. As part of that, the financial conglomerate is partnering with several digital technology providers, including Gem. “Blockchain technology connects the ecosystem to....
Bitcoin