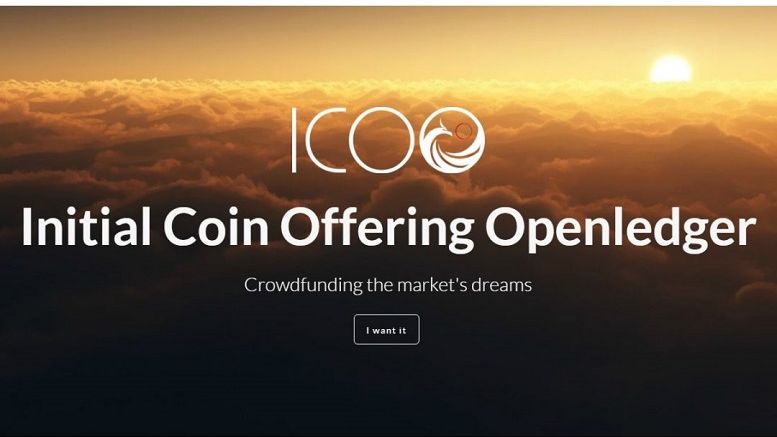 As a part of the new offering, the Danish cryptocurrency platform, CCEDK, and OpenLedger have announced the crowdsale of its Initial Coin Offering OpenLedger (ICOO) crowdsale, starting May 20, 2016. The crowdsale will go on for a duration of 42 days, allowing people to buy ICOO tokens for its new Economic Enterprise Engine – Crowdfunding 3.0 initiative.

The ICOO crowdsale is a limited time event where individuals can buy ICOO tokens for the new service that will enable companies and startups to create and organize crowdsale of their ICO on the OpenLedger platform. While crowdfunding through ICO has become a well-established model in the cryptocurrency industry, the success rate for all the cryptocurrency platforms is not the same. While some ICOs like that of Ethereum, Augur and DAO are a huge success, there are many startups that are not able to effectively leverage the power of crowdfunding. Ronny Boesing CEO of CCEDK explains,

“The long-term goals for OpenLedger and CCEDK is to be an incubator for tech start-ups, a hub for existing businesses to transition to blockchain-based infrastructure as well as a portal for investors to find these businesses.”

The OpenLedger platform will offer a single point for ICOs where investors can buy ICO tokens of their choice without having to scour through the internet, saving them a lot of time while making sure they do not miss out on any of the ICOs. The ICOO token holders, who have either participated in the ICOO or traded their tokens on a later date get special privileges and discounts in addition to any possible future dividends from their ICOO token holdings. The main point of a prelaunch ICO is to benefit early on from the potential outcome at the launch of a new token. Ronny Boesing continues,

“Prelaunch ICO is a new definition of added trade possibility. ICOO as any valuable service is the answer to a need, two needs to be precise; the need to immediately trade every new coin even in the pre-launch phase and the need to have a complete promotional and professional service for issuers who want the marketing infrastructure to launch their project.”

ICOO crowdsale allows people to buy ICOO tokens with Bitcoin or any other currency supported on the CCEDK or OpenLedger platform. However, all the payments towards ICOO tokens, irrespective of the currency will be converted to Bitcoin to prevent loss of value. CCEDK and OpenLedger will use the funds raised through the ICOO crowdsale to buy into new ICOs and enable investors to trade tokens representing upcoming ICOs even before they are launched.

The funds raised through the total ICOO crowdsale will be utilized the following way:

The DAOHub ICO is already supported on the OpenLedger platform as the third prelaunch ICO. One million OPEN.DAO tokens were released for prelaunch and are currently available exclusively on OpenLedger. Consequently, ICOO will start scouting for new ICO projects that can be supported by the platform in the coming days. The newly identified ICO projects will be supported by CCEDK to put the crowdsale campaign in place on the OpenLedger platform as a part of the ICO package sold to the creators of the new platform.

OpenLedger has already supported two prelaunch ICO campaigns in the form of LISK and DigixDAO-DGD so far. The DAOHub prelaunch ICO is the  latest one currently being hosted on the platform.

Upon successful launch of ICOO, the profits will be invested into commodity backed digital tokens including DGX, OBITS, and BitTeaser, to generate returns for the ICOO community. A portion of the revenue generated by offering consultation services and ICO packages will be channeled to the supporting assets comprising of OBITS and BitTeaser while another portion will be allocated to ICOO token holders.

In addition, OpenLedger users pledging over 15 BTCs to ICOO crowdsale will be awarded special lifetime privileges on OpenLedger platform, entitling them for discounted advertising, goods, and services. The ICOO fund will be used to offer new ICOs even before the actual launch date through proxy tokens, which act as IOUs. OBITS, with a certain portion of funds allocated to it, will act as a catch-all asset representing all current and future initiatives by the CCEDK network.

The investors in ICOO tokens will benefit as ICOO grows. Asset holders may stake their tokens during the prelaunch and withdraw or deposit them freely on the day of the official launch. The profits made by ICOO following the first wave of token generation will be split the following ways.

CCEDK will control 40% of the ICOO profits, which will be used for its operations, administration, advertising and other expenses while the remaining 60% will be distributed in a pre-defined fashion.

Out of the 60% of profits, 20% of designated revenues is used as buyback and consequently burned. The buyback is performed in BTC on the OpenLedger ICOO _OPEN.BTC market.

0.13% interest from DGD as quarterly payouts in DGX and added as a reserve to ICOO value (25% of total ICOO value is in DGD).

60% of ICOO yearly profits will be used for the monthly buyback. Ronny Boesing, the CEO of CCEDK clarifies,

“ICOO is not selling a project with regular profits; we are, however, aiming to help start-ups accelerate development by means of providing new avenues to sources of crowdfunding.”

A voting system will be in place shortly, making it possible for asset holders to vote on the implementation of key features; such as monthly dividends instead of the buyback option used today.

The whole campaign period is divided into 4 tiers and the number of ICOO tokens per BTC will continue to reduce upon the completion of each tier. With another 37 days to go, the price for 1000 ICOO tokens will be set at 1 BTC until the end of this month, following which the number of ICOO tokens for the same price will reduce to 925 for the next 15 days. Upon completion of 27 days, since the beginning of the campaign, investors will be able to buy 850 ICOO tokens per BTC. During the last 5 days, 1 BTC can get only 775 tokens.

The whole ICOO model is devised by CCEDK and OpenLedger in such a way that everyone involved benefits from it. By putting the power of creation into people’s hands, ICOO wants to change the way crowdfunding campaigns are executed by introducing blockchain technology and the power of OpenLedger platform. For those who are interested in being part of CCEDK and OpenLedger’s endeavors are urged to make good of the opportunity by investing in ICOO tokens.

To learn more about the ICOO Crowdsale, please visit: http://www.icoo.io/

Register on OpenLedger at: https://www.openledger.info/

- OBITS Positions for Bright Future with OpenLedger on BTS 2.0 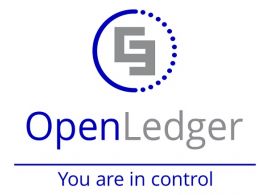 At CoinAgenda, OpenLedger CEO Ronny Boesing said his company is “taking ICOs mainstream” by opening pre-investment to 3 new funding projects, all of which are unrelated to the cryptocurrency market. Three Companies to Draw Attention to Blockchain Through OpenLedger ICOs. Boesing said that the three incoming ICOs will be fore Apptrade, Centz and Beyond the Void, all of which will reportedly attract institutional investors to the ICO funding method. “Apptrade, Centz, and Beyond the Void all show applications of blockchain technology to mainstream audiences,” Boesing said. “By accelerating....

Many new digital assets use a popular fundraising method to help launch their token, known as an ICO or initial coin offering. ICOs earn capital for digital assets in their early stages by minting a certain quantity of their native token and offering them to early investors. ICOs are a safe way to ensure a […]

If you are interested in finding out which ICOs you should invest in, you’ve landed on the right page. This article lists the top 5 ICO projects and initial coin offerings in 2022. We know ICOs are often hard to grasp. An initial coin offering (ICO) is the crypto equivalent of an IPO, an initial public offering. ICO requires a lot of knowledge and scrutiny to pick the one with minimum risks that will yield a high return on investment. To ease the search, we discovered the top 5 ICO campaigns for 2022. However, there is a solution. This article covers the five best ICO projects in 2022. The....

If you’ve been in the crypto and blockchain sector for a while, you probably remember all the phases of fundraising that the industry has gone through. There have been Initial Coin Offerings (ICOs), Initial Exchange Offerings (IEOs), Initial Decentralized Offerings (IDOs), and now, Initial NFT Offerings (INOs). In a similar vein to the others, INOs […]

Getting in on the next big thing is best before it hits the market. An initial coin offering (ICO) may be a good time to scoop up some coins, but even better is the presale. Numerous cryptocurrencies have ICOs, but it’s important to determine the best crypto presales. Our list consists of the 5 best […]
Bitcoin