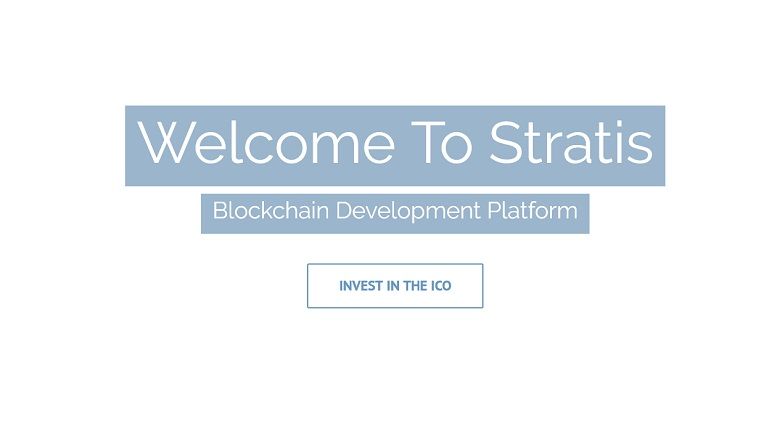 UK blockchain company Stratis has raised $100,000 USD from investors, with still weeks left to run on its crowdfund. Stratis aims to build a unique Blockchain Development Platform that can accelerate and simplify the process for organizations wishing to develop blockchain apps.

Blockchain technology is a tamper-resistant system for storing and updating information of almost any kind. It has huge potential to bring competitive advantage to a wide range of organisations from financial services to retail and government, but it is costly to implement, putting it out of the reach of many.

Stratis platform will provide an off-the-peg solution for the creation and management of blockchains in minutes. Users will be able to customise their own private chains, which will then be secured on Stratis ‘parent’ chain – tokens can be moved between the parent chain and child chains via a two way peg solution. In this way Stratis will significantly simplify the development process for creating blockchain applications and lower the barriers to entry for smaller organisations, enabling them to stay ahead of the curve.

Architectural integrity is extremely important to Stratis, which aims to develop a Bitcoin full node framework in C# and the Microsoft .NET framework. A full node built from the trusted and proven architecture of Bitcoin will create a solid foundation for the service, something that has been missing in private chain projects to date. In addition, choosing to develop in C#, an alternative to Bitcoin’s C++ and a more popular programming language for business applications, will prove beneficial for the whole industry since it will bring more developers into the community. Stratis are pleased to have the expertise of Bitcoin developer Nicolas Dorier on the team.

­Our company is primarily focused on blockchain provisioning for the business community in an increasingly digital economy. Blockchain is a game changer but there is still a real need to lower the barriers to entry so that more people can get involved with the technology, discover it’s utility and ultimately be able to compete in a changing marketplace. Chris Trew, Founder, Stratis 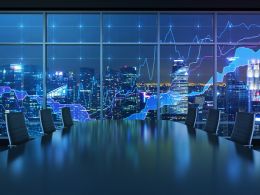 The UK-based blockchain company wants to develop a unique blockchain development platform. In doing so, they expect to accelerate the development of new blockchain apps by enterprises and organizations. Securing funding as a blockchain startup is not an easy task these days. Unless one can find one or a handful of major investors, it will be difficult to scrape funds together. Stratis, a relatively new company, held a Bitcoin crowdfunding campaign to reach funding. So far, they secured US$100k, helping them on their way. Most people will not have heard of the name Stratis before. This.... 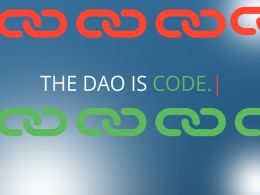 The DAO Becomes The Largest Crowdfund To Date

The programmable token Ethereum and its blockchain have been breaking the mould ever since its pre-sale was announced back in July of 2014. It launched with its initial sale in September of the same year and raised over $18.3 million USD becoming the sixth largest crowdfund to date. Following the exponential growth of Ethereum, developers who help maintain the community and Ether protocol have created a decentralized autonomous organization called the DAO. The platform is built to support fund Ether projects and has recently skyrocketed past the Ethereum pre-sale becoming the biggest.... 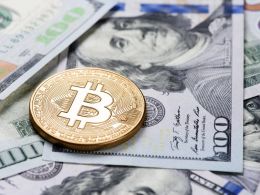 ChronoBank, an ambitious and wide-ranging blockchain project, aimed at disrupting the short-term recruitment sector by connecting employers with freelancers on a peer-to-peer basis, has revealed that it has made a ‘strategic partnership’ with instant exchange service Changelly into its, ChronoWallet while exceeding $3 million in its ICO crowdfund sale. With ChronoBank’s crowdfund due to end on February 14, it has so far raised US$3,359,405, amounting to 3,365 bitcoins, which has been gathered from 1,891 participants. Labour Hour Tokens. The main component to ChronoBank’s operation is its.... 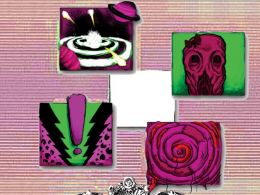 Vulture Capital, working with Hedley Productions to integrate cryptocurrency into the film industry, has announced that the crowdsale for its VCAP token has raised the required minimum of 45,000 Ether to start the pre-production process for the first crypto-funded feature film: Listen Carefully. At press time, the 45,000 ETH minimum raised by the crowdfund equates to $522,261 USD, roughly 15 percent of the $3.5 million Hedley said it needed to comfortably produce the film. However, in light of achieving its minimum crowdfunding goal, Hedley Productions has decided to move up the start date....

With the UK still recovering from Brexit, Stratis, a London-based blockchain solutions company with the goal of building a Blockchain Development Platform for developing blockchain apps has raised over £100,000 worth of BTC from its ICO. Kicking off its ICO in June, Stratis offers their blockchain token which is used to run the Stratis blockchain and sidechain features to any participants of the ICO. Stratis has 84,000,000 Stratis tokens for sale to investors. Once developed, Stratis will allow anyone to create and manage blockchains within minutes with the ability to customise their own....
Bitcoin