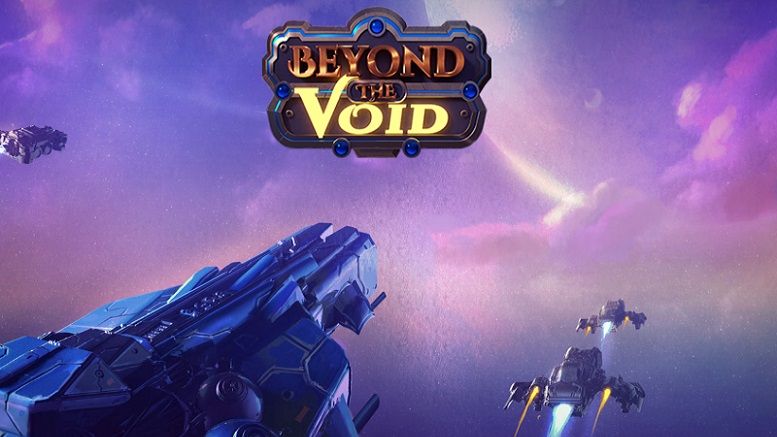 The Multiplayer Online Battle Arena (MOBA) game platform, Beyond the Void has announced the launch of its month-long Nexium (NxC) crypto token crowdsale in association with OpenLedger, starting today on November 1, 2016. The NxC tokens are created to foster the blockchain-token economy in eSports and beyond. With the introduction of NxC, Beyond the Void aims to become the first competitive real-time strategy (RTS) MOBA game to combine blockchain based ICO with blockchain token economy. The NxC tokens are backed by a smart contract on the Ethereum blockchain.

The extremely competitive Beyond the Void MOBA is a free-to-play game with NxC based player-owned economy created by graphic artist and founder Maxence Burgel,

“The game is designed to be competitive and playable in E-sport tournaments. We believe players should pay because they like the game and they have fun playing it. We don’t want people to have to pay in order to enjoy the game,”

The player-owned in-game economy contains buyable items that can be owned and traded at will by players, creating limitless economic opportunities for players and developers alike. Beyond the Void has chosen to partner with well-established cryptocurrency crowdfunding platform OpenLedger.

“Beyond the Void shows the application of blockchain technology to mainstream industries. By accelerating their ICO crowdfunding, we will accelerate the spread of ICO culture and practices as well,”

Beyond the Void and OpenLedger are offering three different ways for investors and gamers to be part of the ICO. Investors can choose any one of the following methods, which have their own advantages:

1. Sponsor the gamer token NxC with an extra bonus on top – Those opting for this option can do so by directly visiting the ICO page on Beyond the Void website and following the instructions. Investors choosing this method are eligible for an addition 5% bonus, credited along with the purchased tokens to their respective ETH wallets up on the end of ICO. ETH is the accepted form of payment and a limited amount of 5 million BCY will be reserved for Bitcrystals holders.

2. Subscribe to a token and trade it the same day – This option can be availed only on CCEDK ICO platform by choosing to subscribe to ICO prelaunch option. Investors will be ordering NxC asset backed by OpenLedger (OPEN.NxC) and they can trade the tokens on OpenLedger until the time of launch at an extra 4% premium on the going rate. Accepted form of payment includes BTC, BTS, ETH, SBD and more, including fiat options.

The ICO will end on 30th November 2016. Beyond the Void has already set the milestones in place for a three-phased game release. More details are available on the platform’s crowdfunding page.

About Beyond the Void

Created by Maxence Burgel, Beyond the Void is a free-to-play real time strategy space game with Ethereum blockchain based Nexium game tokens integrated into them. The platform is based on the concept of true ownership, allowing players and developers alike to own a stake in the game.

Learn more about Beyond the Void at: https://beyond-the-void.net/

More information about the ICO is available at: http://ico.beyond-the-void.net/

Check out new designs for backer ranks at: https://beyond-the-void.net/index.php/backer-ranks

Learn more about OpenLedger at: https://openledger.info/

- 15% Off Any Steam Game at Hyperbundle.com With Cryptocurrency HYPER

- What's New to Your Wallet? Here Come the Bitcoin ATMs 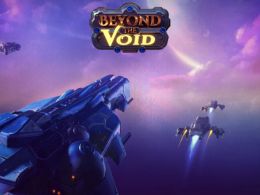 Beyond the Void Represents the Next Generation Blockchain Game Platform 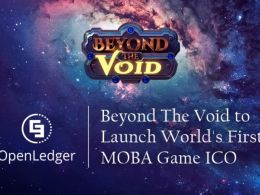 The blockchain-based gaming segment has a new entrant in Beyond the Void. The space-themed game, set in a faraway galaxy, allows players to navigate through the stars and devise a battle strategy against the opponent. It is one-of-a-kind real-time strategy (RTS) game with multiplayer online battle arena (MOBA) elements which is powered by cryptocurrency technology. Beyond the Void allows individual gamers to pit their wits and skills against each other. Unlike other games, it has a fluid gameplay, allowing gamers to customize their mothership and maps according to their wishes. With both.... 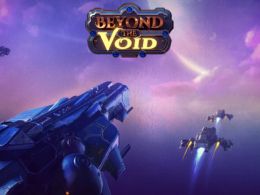 Beyond the Void brings blockchain-economy and digital ownership to online gaming with its Nexium crypto-token ICO. The cryptocurrency ecosystem has found the perfect partner in gaming. The multi-billion gaming industry is no longer led by some of the big game studios like EA Sports, Ubisoft, and Valve. Numerous game developers are coming up with their own creations across different genres. After Massive Multiplayer Online Role Playing Games (MMORPGs), the second most popular genre of indie games are Multiplayer Online Battle Arena (MOBA) games. Beyond the Void is one such free-to-play game.... 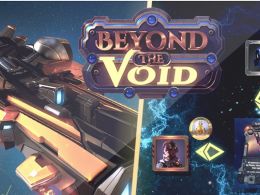 Blockchain Gaming: Beyond the Void Preview

Blockchain Gaming is a series of reviews and previews of games that utilize blockchain technology. This installment covers Beyond the Void, a real-time strategy game with MOBA elements woven into it. Like previous installments, it places in-game assets on the blockchain, but using Ethereum, instead. Blockchain gaming is now in style, with yet another successful cryptocurrency ICO. Whereas Spells of Genesis uses the Bitcoin blockchain to secure its in-game assets, Beyond the Void has integrated with Ethereum, its Turing-complete cousin. In a partnership with its predecessor, BtV managed to.... 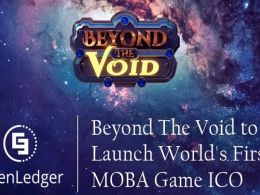 ‘Beyond the Void’ to Be First-Ever MOBA to Hold ICO

Beyond the Void, and upcoming MOBA title geared towards eSports competitors, will become the first game ever to raise development funds through an ICO. Hosted on CCEDK-owned OpenLedger, the sale starts Tuesday, November 1, 2016. Beyond the Void is a real-time strategy game, designed for competitive play. The game’s developers told press they want to tap into the ever-growing eSports market, which brings in hundreds of millions of dollars in revenue each year. In a press release, developers reported that MOBA titles generated more than $406 million USD in revenue in 2014 in North America.....
Bitcoin