In addition to Highland, new investors include Rakuten, the largest ecommerce site in Japan and one of the world's largest by sales. The funding comes as Bitnet launches its platform and builds teams for sales, marketing and customer support. Bitnet, currently with offices in San Francisco, California and Belfast, Northern Ireland, also plans to expand its physical presence into continental Europe and Asia. As part of the funding round, Peter Bell, Partner at Highland Capital Partners, will join Bitnet's board of directors.

Founded in January 2014 by John McDonnell (CEO) and Stephen Mc Namara (CTO), Bitnet is comprised of 27 payments industry veterans with extensive technical and executive backgrounds at CyberSource and Visa. Bitnet's engineering, product, and business development team helped build and manage the world's largest payment gateway, CyberSource, which was sold to the world's largest payment network, Visa, for $2 billion in 2010.

The promise of bitcoin interested Bitnet's founders as a universal payment network and currency designed for global ecommerce. In a world with credit card transaction fees hitting merchants' bottom lines and cross-border fees creating barriers to commerce, distributed trust systems like Bitcoin have the potential to disrupt established payment systems and offer significant benefits for merchants and consumers. Bitcoin is open-source and decentralized, with no issuing authority or centralized control, operating peer-to-peer through cash-like push transactions with no intermediary or clearing house required. For a low transaction fee (under 1%), Bitnet will provide merchants with guaranteed payment, instant global reach with no cross-border fees, no price volatility, and no fraud, risk or chargebacks.

"John, Stephen, and the team they have assembled are the epitome of what we mean when we talk about partnering with innovative entrepreneurs who have the ambition to build disruptive, market-leading companies," said Peter Bell of Highland Capital Partners. "Bitnet is breaking down the barriers of digital currency transactions and has the potential to transform the way we exchange goods and services around the world."

Bitnet differentiates itself among digital commerce platforms with a deep understanding, gained by the team over their years at CyberSource, of the needs of enterprise merchants, developers and partners, and by providing the technology that delivers the level of reliability and functionality they require. Businesses dealing with a high volume of payment transactions and complex back-end financial applications need a bitcoin payment platform that they can trust and depend on. Large retailers have already demonstrated demand for Bitnet's solution, which allows for the acceptance of bitcoin at scale with 99.999% reliability and without risk -- and is built to interface with the systems the retailers already have in place.

"Many of these bigger companies have looked at existing solutions and have remained on the sidelines -- until now. With Bitnet, we're building the integrations, systems and technologies that multi-national retailers and travel companies need in order to accept bitcoin. Being scalable and integrating with existing payment systems and commerce platforms are what's important to them. Uptime is critical, as are integrated reporting and reconciliation capabilities. Bitnet removes the risk of accepting bitcoin, allowing merchants to take payments with zero liability -- no fraud, no chargebacks, and no false declines. Bitcoin is digital cash, and it's the first payment system specifically developed for the Internet. Merchants appreciate that, and they're understandably very excited."

Founded in 1988, Highland Capital Partners is a global venture capital firm focused on putting the entrepreneur first. With offices in Silicon Valley, Boston and Shanghai, Highland has raised over $3 billion in committed capital and invested in more than 225 companies, resulting in category-defining businesses across consumer and enterprise technology.

- Computop and Bitnet Enable Merchants to Accept Bitcoin as Payment

- Bitnet and Limonetik Allow Merchants and PSPs to Accept Bitcoin 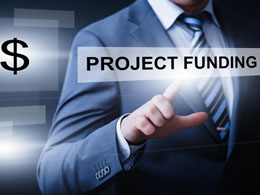 Bitnet Technologies, a digital commerce platform enabling enterprise-scale merchants to accept Bitcoin payments, announced it has closed a $14.5 million Series A funding round led by Highland Capital Partners. Also read: Acromobile And Bitnet Enable Mobile Merchants to Easily Accept Bitcoin Payments. Another new investor is Rakuten, the largest e-commerce site in Japan and one of the world's largest by sales. The funding comes as Bitnet launches its platform and builds international teams for sales, marketing and customer support in North America, Europe and Asia. Bitnet co-founder & CEO.... 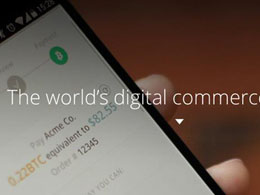 Bitnet Gets $14.5 Million in Series A Funding

Bitnet Technologies is the latest company in the cryptocurrency/bitcoin sector to close a significant round of funding, according to a Monday morning announcement. The company, which focuses on allowing enterprise-scale merchant to accept bitcoin payments, has raised a whopping $14.5 million in Series A funding led by Highland Capital Partners. Rakuten, the largest e-commerce service in Japan (whose U. S. division recently began accepting bitcoin), also took park in the round, today's announcement says. Other participants include: Webb Investment Network, Bitcoin Opportunity Corp.,.... 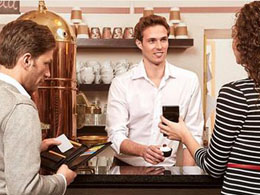 Bitnet, a bitcoin payments processor from the developers of the largest payment gateway (CyberSource, acquired by VISA) has entered into a strategic partnership with Computop, a leading payment service provider, to allow global merchants to accept bitcoin on Computop Paygate. Since its launch, Bitnet has focused its services to provide an enterprise-grade digital commerce platform with security, reliability and scalability standards demanded by global businesses. Through the Computop and Bitnet partnership, however, the multi-national bitcoin merchant processor is attempting to implement.... Moonpay, a cryptocurrency payments service provider, has raised $555 million during its first funding round. Led by Tiger Global Management, this series A funding round propelled the valuation of the company to $3.4 billion, which will be used for expansion endeavors. The fiat-to-crypto ramp that Moonpay provides is key to several hundred wallets and services for onboarding users with fiat currency. Moonpay Snags $3.4 Billion Valuation Moonpay, a startup that specializes in processing payments to purchase cryptocurrencies, has raised $555 million in its first financing round. The.... 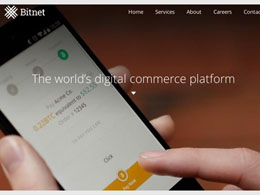 A group of traditional payments veterans has raised $14.5m to launch Bitnet, a bitcoin payments processor that aims to entice the largest merchants in the world to accept bitcoin. Led by Highland Capital Partners, Bitnet's Series A round also included Rakuten, Japan's largest e-commerce site. Notably, Rakuten is not only providing funding, it will use Bitnet's bitcoin payments software. John McDonnell, CEO of Bitnet, told CoinDesk the company has an enterprise-level platform for large retailers to begin accepting bitcoin and that it expects its offering to compete against established....
Bitcoin