KryptoKit (http://www.kryptokit.com/), the easiest and fastest way to handle Bitcoin transactions, today announced that three of the biggest names in the Bitcoin space have joined the startup in ownership roles. They are Roger Ver, Erik Voorhees and Vitalik Buterin.

Known in Bitcoin circles as "Bitcoin Jesus" for his active efforts in evangelizing and promoting the digital currency (including placing ads for Bitcoin on highway billboards and handing out bitcoins for free), Ver is CEO of MemoryDealers.com and a serial seed investor, having helped such startups as the Bitcoin Store, BitInstant and Blockchain.info.

Voorhees is co-founder of Coinapult, a company which currently specializes in allowing users to send bitcoins via SMS and email, but will soon considerably expand its range of offerings. He has worked as marketing director at BitInstant and is a co-founder of FeedZeBirds, a Bitcoin-based Twitter advertising platform, and Paysius, a Bitcoin payment module.

"We at KryptoKit are thrilled to welcome these important figures from the Bitcoin world onboard to form our amazing team," said Anthony Di Iorio, the company's co-founder along with Steve Dakh. "Roger and Erik are probably two of the top Bitcoin spokespeople in the world and will be working with us on business strategy and other areas."

Buterin is the cofounder and head writer at Bitcoin Magazine, and is also involved in a number of Bitcoin software projects including pybitcointools, multisig.info, the Bitcoin private key secret sharing utility btckeysplit and a fork of BitcoinJS. He is also a heavy supporter of "cryptocurrency 2.0" applications such as user-issued currencies, on-blockchain identity systems and decentralized exchange, and is now actively working on developing an upcoming next-generation cryptographic consensus network known as Ethereum.

"Vitalik rounds out what is becoming a very diverse and capable team," said Dakh. "As one of the top developers in Bitcoin, he will be a huge asset as we continue to develop and perfect our backend and programming."

KryptoKit recently unveiled its plug-in at the Inside Bitcoins West conference, Dec. 10 to 11, in Las Vegas, Nevada. It currently has a five-star rating in the Chrome Web Store.

KryptoKit is a Toronto-based company specializing in encryption and digital currencies. One of the company's founders, Anthony Di Iorio, is also the founder of Toronto Bitcoin Meetup (http://www.meetup.com/Bitcoin-Toronto/) and Bitcoin Decentral (http://www.bitcoindecentral.ca) and is the Executive Director of the Bitcoin Alliance of Canada (http://www.bitcoinalliance.ca/), a non-profit dedicated to raising the awareness of bitcoins among Canadian consumers, merchants and policy makers to promote the adoption of Bitcoin and other virtual currencies. 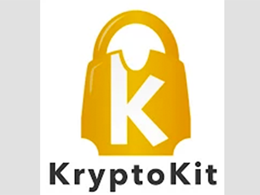 Three big names in the bitcoin world are joining a start-up that hopes to bring simplicity and ease-of-use to bitcoin. Reports indicate that Roger Ver, Erik Voorhees and Vitalik Buterin are taking ownership roles at Toronto-based KryptoKit - a bitcoin wallet in the form of a web browser plugin (along with a slew of other option). Quick profiles: Roger Ver is known for his seed investments in BitInstant and Blockchain.info - along with being a huge proponent of the bitcoin movement. Eric Voorhees co-founded Coinapult and has investments in a number of bitcoin-related projects. And Vitalik.... 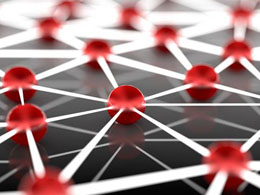 KryptoKit, the browser extension that allows users to send bitcoin payments and encrypted messaging in just a couple of clicks, today announced three big names from the bitcoin world would join the project "in ownership roles": Roger Ver, Erik Voorhees and Vitalik Buterin. The move is sure to raise the profile of Toronto-based KryptoKit, which launched in Las Vegas last month. The browser plugin has a five-star user rating on the Google Chrome Web Store, but had been fairly low-key in its marketing tactics until recently. All three names have worked on numerous bitcoin-related projects and.... 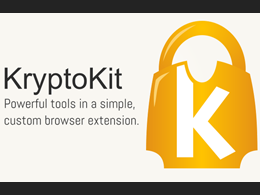 KryptoKit was removed from Chrome on Tuesday in error. KryptoKit, the Chrome extension that functions as an encrypted messenger and Bitcoin wallet, suddenly had its security privilege revoked Tuesday morning. The extension was removed from Chrome for less than an hour, but in the digital currency world this type of action can irreparably harm a product's reputation - especially for a browser extension which can access the most sensitive user data. As users awoke to find their favorite extension had been removed from Google Chrome, they took to social media fearing the worst. Fortunately,.... 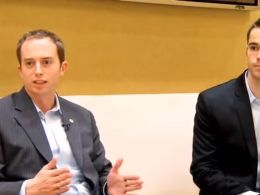 MGT Capital Investments, a New York-based firm, is renaming itself to “John McAfee Global Technologies, Inc.,” in honor of its incoming CEO and Chairman, the recent Libertarian presidential contender and consumer computer security pioneer, John McAfee. At the same time, the investment company is bringing on at least two of the most recognized names in the Bitcoin world, Erik Voorhees and Roger Ver. Ver will be serving as Advisory Board Chairman and Voorhees will act in an advisory role. The location of the company is important, as New York State is home to the infamous BitLicense, which.... 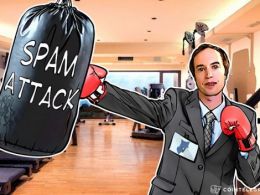 As Ethereum continues to suffer from spam attacks upon the execution of its new Geth release “Come at me Bro,” ShapeShift CEO Erik Voorhees reassures users that it only makes the network stronger. Amid the transaction spam attack earlier last week, exchanges and wallet platforms experienced various delays in processing ETH deposits and withdrawals. While users and traders are experiencing delays, Erik Voorhees says that in dealing with spam, the Ethereum development team is building more robust and innovative security measures. Voorhees says: “Every time someone attacks a Blockchain....
Bitcoin