For the first time ever, gold can be traded with bitcoin in realtime all around the world.

Today with the launch of Vaultoro.com a person in Australia can potentially pay for a friend’s beer in New York instantly using gold. Vaultoro is combining the oldest currency - gold - with bitcoin, the newest currency in the world. For the first time people around the world will be able to trade bitcoin and gold 100% bank independently. Users' gold is insured and vaulted in professional Swiss vaults while its value flies around the world in realtime.

When Satoshi Nakamoto originally invented bitcoin, he/she modelled a lot of the protocol on gold. The key differences between the two are that gold has a historically stable price but is heavy and expensive to send; on the other hand, bitcoin has a very volatile price but is fast and cheap to send worldwide. By allowing people to instantly convert their bitcoin to gold and back they are effectively backing their bitcoin with gold, removing the price volatility, but also enabling people to send their gold instantly around the world.

Many people in the bitcoin community got into the crypto currency with an aim to exit the main stream financial system, but to deal with the massive volatility of the currency a lot of those same people have to trade back and forth into euro or dollars. Gold protects people against the price volatility of bitcoin without them ever having to go back into fiat currencies, which is attractive to a large number of the bitcoin community.

The other issue Vaultoro set out to solve was dishonest exchanges.

Joshua Scigala, cofounder of Vaultoro.com, was financially hit by the collapse of the bitcoin exchange MtGox at the end of 2012, and this was the inspiration to create a fully auditable bitcoin exchange.

“The technology of bitcoin is moving far too fast for government regulators to keep up with, but the free market is demanding better answers and is starting to effectively regulate itself. If exchanges don’t produce what the market wants then they don’t get customers," says Scigala.

"Transparency of our books is our number one priority, so Vaultoro takes full advantage of the public bitcoin ledger to constantly prove full reserves. The gold holdings are insured and audited every 6 months by one of the largest auditing firms in the world.”

Vaultoro is a bitcoin gold exchange where users can instantly convert their bitcoin to physical gold, vaulted in professional Swiss vaults. Joshua and Philip Scigala, two brothers with a long history in bitcoin and gold, founded the company in December 2014. Vaultoro’s gold supplier and vaulting company ProAurum is one of the largest physical precious metal’s traders in the European Union.

- “Understanding Bitcoin Exchange Rate: Why is Digital Currency Important” Informs Readers of the....

- Why A Gold Standard Won't Work In The Age Of Bitcoin 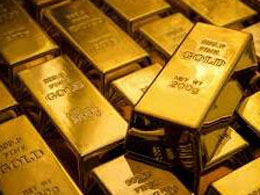 Gold and Bitcoin: A Match Made in Digital Heaven

Financial services company Bitreserve, which allows customers to hold funds in U. S. dollars, euros, pounds, yen and yuan, is now presenting gold as a non-fiat currency for users. Bitreserve members now have the option of holding gold through their Bitreserve accounts and exchanging it for bitcoin. Bitreserve's blog recently states: "Today, gold is considered by many to be the safest and most stable store of value... We are reviving gold for the purchase of goods and services. Bitreserve members can convert their bitcoin to bitgold, whose value is substantiated by bullion in our reserve,.... 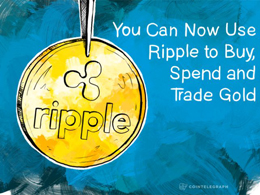 You Can Now Use Ripple to Buy, Spend and Trade Gold

Gold Bullion International, a precious metals provider, announced in a statement Tuesday that it was opening as a live gateway on the Ripple protocol, creating a new gold-backed cryptocoin. That currency, XAU, is effectively a token representing physical gold with all of the ease of transaction inherent in cryptocoins. Or, as the Ripple blog puts it, “You are buying gold balances issued by GBI that are backed by and redeemable for physical gold bullion.” This has two key effects, the statement says: Gold becomes easier to trade. Gold can be spent anywhere Bitcoin is accepted via the Ripple.... IMF Tells Governments: Spend as Much as You Can and Then Spend More 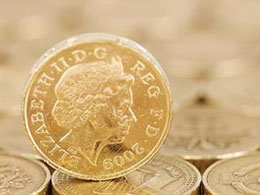 Financial technology company Anthem Vault today launched HayekGold (the 'hayek'), a digital token that enables more people to own and spend gold. Each hayek represents 1 gram of gold stored in the secure, world-class vaulting facility in Salt Lake City, Utah, and will be purchased at the market value at the time of the transaction."We use the latest, most secure technology - the Bitcoin blockchain - that fuels hundreds of other crypto-related platforms," said Anthem Vault founder and CEO Anthem Blanchard. "The Hayek coalesces the most trusted store of value in history, gold, with the.... 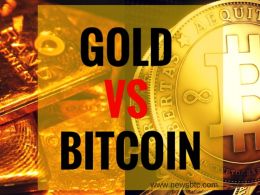