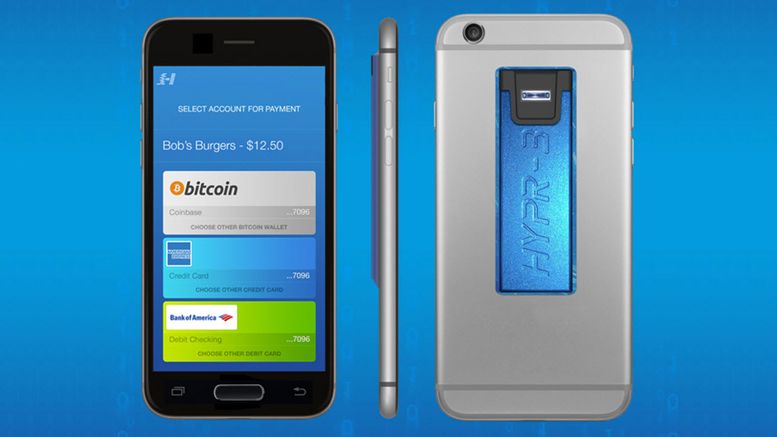 HYPR-3 is more than an Android alternative to Apple Pay. We’re aiming to provide the biometric tokenization protocol to secure all digital currencies and third-party wallets.

“Anyone can preorder HYPR-3 for only $20 right now on the company website and be part of the first batch of delivered units. There is no staggered rollout, no developer kit, or other form of closed run,” said HYPR Corp. CEO George Avetisov.

The HYPR-3 bio-stickers begin shipping in June 2015 and will support bitcoin, credit, and debit cards through the HYPR-3 app as well as any third-party digital wallet that has integrated with it.

The app will launch with the following functionalities, each with its own implementation of the dynamic tokenization security the HYPR-3 bio-sticker provides.

The bio-sticker is 3.2mm thin, carries over a year of battery life, and communicates via low energy Bluetooth. The sticker is easily attached and removed and can secure multiple devices. Users may attach it to their mobile phone or phone case, or simply wear it as a keychain.

How it works: a HYPR-3 bio-sticker contains a small, removable mount that sticks to the surface of any device or phone case. The mount sticks to the back of the device, and HYPR-3 snaps right in.

HYPR-3 doesn’t require a separate charge or a separate carry, and combines the convenience of shopping with a mobile phone with the unparalleled level of security that used to come from paying with cash from one’s physical wallet. HYPR-3 is fast, versatile, secure, and at just $20 it’s designed for everyone.

HyprKey’s software engineers also designed HYPR-3 to be extremely versatile so users won’t have to wonder how many payment methods and merchants his or her digital wallet supports. As time goes on, company developers will add further support and integrate many more payment platforms.

“Biometrically securing credit cards is cool, but that was the easy part. We’re aiming to provide the biometric tokenization protocol to secure all digital currencies and third-party wallets. Consumers should be able to access irreversible digital currency without having to worry about fraud, and we believe the HYPR-3 logic is the appropriate method of doing so,” said Mr. Avetisov. 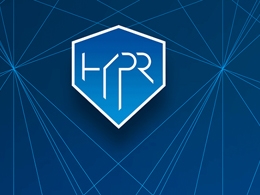 HYPR Corp. Device-agnostic Platform has been developing a military class Biometric Authentication system for corporations, government institutions, and other Enterprises. Today, security has become of an extreme importance for any company. While passwords have proven to be a fragile protection for securing critical systems, a new breed of biometric.... 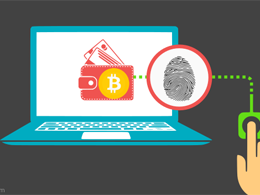 Bitcoin wallets are already known to be very secure, as most feature a multisig verification and provide both public and private keys for users. However, recent hacking incidents and online theft could lead some companies to consider biometric authentication. Just recently, HYPR Corp. announced the availability of its biometric authentication SDK which could be used for third-party integration. This means that bitcoin wallets could be able to add yet another layer of security to their services. Bitcoin Wallets Authentication. The HYPR SDK enables enterprises to seamlessly implement.... 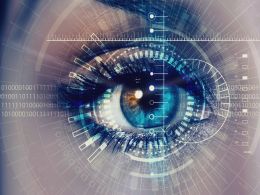 Palo Alto-based Bitcoin security platform BitGo recently announced a partnership with HYPR, a New York-based biometrics security firm, to bring biometric authentication to the blockchain space. The BitGo-HYPR partnership will see integration of the HYPR-Secure biometric login with BitGo’s multi-signature platform, to provide users with a decentralized identity as well as an added layer of security for cryptocurrency, digital assets, private keys and identities through biometric authentication. “It’s astounding how often our enterprise clients request a solution for blockchain security upon.... 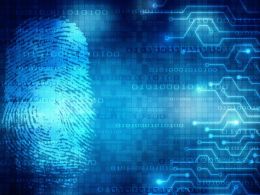 HYPR Corp., a New York, N.Y.-based firm which decentralizes the storage of biometric data to enable secure passwordless authentication across mobile, desktop and IoT systems, has partnered with Palo Alto, Calif.-based BitGo, Inc. to extend biometric authentication to the blockchain space to secure cryptocurrency, digital assets, private keys and identities. The alliance links biometric security with the blockchain. BitGo secures more than $1 billion per month in digital assets with over 10,000 transactions on any given day. The company recently announced a new feature – BitGo Instant,....
Bitcoin