Mr. Lamond helped pioneer the semiconductor industry in Silicon Valley, with his leadership roles at Fairchild Semiconductor and National Semiconductor, which he cofounded in 1967. At Sequoia Capital from 1981 to 2009, Mr. Lamond became renowned in valley circles as one of the hardest working venture capitalists. His deals included Cypress Semiconductor, Microchip Semiconductor, Vitesse Semiconductor and Redback Networks. He also stepped in to lead engineering on a temporary basis at Cisco Systems and mentored the YouTube founders. In 2009 he left to become General partner at Khosla Ventures and served until early this year.

“I invested in PeerNova because of its stellar leadership team and deep expertise in technology and operations. The crypto currency space is fairly new, but it has tremendous potential to disrupt a number of industries with blockchain based technology solutions. I am confident that PeerNova’s management experience will enable it to successfully deliver on its vision of being the leader in block chain based infrastructure, platform and applications”.

“We are very excited to attract investments from Silicon Valley luminaries. Having semiconductor pioneer Mr. Lamond as one of our early investors helps validate our vision, product roadmap and goal to bring blockchain based applications to the consumer and enterprise markets. As we actively work on an array of products and partnerships that leverage our infrastructure and platform, we are glad to count Mr. Lamond as one of our investors”.

Pierre Lamond was born in France and he studied Electrical Engineering at Toulouse University as an undergraduate, where he also received a Masters Degree in Physics. He then gained another Masters degree in Electrical Engineering from Northeastern University. His first job was as an engineer with Transitron Electronics in 1957. In January 1962 he joined Gordon E. Moore's Fairchild Semiconductor and served as VP & GM, before he left in 1967 to run that company's spin-off, National Semiconductor, with Charles E. Sporck and Robert Widlar.

He has also been an executive at Coherent Radiation, where he was CEO until January 1976, and Advent Corp., a home-entertainment equipment company, where he was CEO from March 1976 until May 1977. During his tenure at Sequoia Capital Lamond was chairman at Cypress Semiconductor, Microchip Semiconductor, Vitesse Semiconductor, Redback Networks, Plumtree Software, Verisity and a Director of a number of other companies. He is a past president of the Western Association of Venture Capitalists. 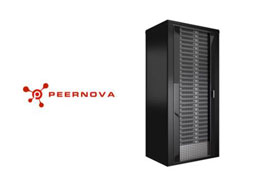 Semiconductor pioneer and experienced venture capitalist Pierre Lamond has thrown in some investment funds into San Jose-based PeerNova, according to a Tuesday announcement. Financial terms of the pre-Series A investment were not disclosed, and this isn't the first investment the company has received this year. Back in July, the company had announced that cyber-security expert Ashar Aziz has also made an investment, and the financial terms of that were also not announced publicly. And while we hear about investments in the bitcoin sector much more frequently now than, say, a year ago,....

Software and hardware vendor PeerNova has managed to raise close to nine million dollars in extra funding. The round was led by San Francisco-based technology investment firm Mosaic Partners, while other investments came from individuals such as venture capitalist Pierre Lamond and Ashar Aziz, the CTO of network security company FireEye. The company plans to use the funds to expand globally, further its research and experimentation, and bring the technology of the blockchain to its platform. PeerNova was formed in May of this year through the fusing of two mining companies. HighBitcoin and.... 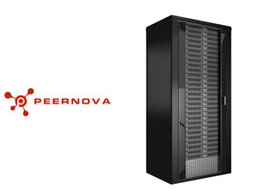 Digital currency tech firm PeerNova has reportedly received a pre-Series A investment by cyber-security expert Ashar Aziz, according to a Tuesday morning announcement. Aziz founded FireEye, a malware protection system, in 2004 and served as the company's CEO until 2012. Today, he's serving on FireEye's vice chairman of the board and chief strategy officer. "As cyber threats proliferate and get more sophisticated, I believe that crypto-ledgers like Bitcoin's block chain will play an increasing role in recording the exchange of valuable assets," he said in a statement relating to his.... 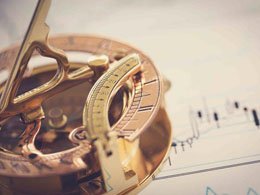 US retail giant Overstock has invested in blockchain technology specialist Peernova as part of its second tranche of Series A financing. Formed through a merger between cloud mining contract provider CloudHashing and ASIC hardware designer HighBitcoin in early 2014, Peernova raised $8.6m in funding last December as it sought to accelerate its shift away from mining. In statements, general manager of Overstock's Cryptocurrencies Group Judd Bagley framed Overstock's first investment in a bitcoin industry firm as a vote of confidence in the decentralized ledger-based technologies Peernova is.... 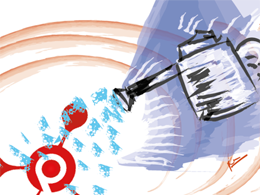 San Jose-based distributed financial technologies expert Peernova has received $5 million in funding from American online retail giant Overstock.com. This is the first investment by the online giant in a Bitcoin firm reinforcing the confidence in the decentralized blockchain technologies that Peernova is working on. General Manager of Overstock's Cryptocurrencies Group Judd Bagley has given Peernova his vote of confidence and believes that the technologies being developed by the blockchain expert will completely reform the way businesses are carried out. "Peernova is precisely the kind of....
Bitcoin