To encourage widespread adoption of Bitcoin throughout its global community, the Initiative is giving one free IMMERSION 2014 ticket to attendees who register using the cryptocurrency.

Today’s announcement is the first in a series of forthcoming announcements related to the organization’s adoption and support of the virtual currency.

On Monday, the Initiative will announce the world's first global education scholarship funded entirely through Bitcoin, followed by the formation of an international council responsible for overseeing the scholarship and the Initiative’s related cryptocurrency and economics activities.

The organization’s long-term plans for Bitcoin will be revealed the morning of June 8th during the IMMERSION 2014 keynote address by the Initiative’s founding director Aaron E. Walsh, after which the potential for Bitcoin as a universal virtual currency will be addressed during the Business and Economics module at the conference.

Building on the success of the previous 8 years of Immersive Education conferences in Boston, the world's leading experts in immersion and immersive technology convene June 6-8 in Los Angeles, California for IMMERSION 2014. The event opens with a special Arts & Culture reception at The Getty Center.

The Immersive Education Initiative is a non-profit international collaboration of educational institutions, research institutes, museums, consortia and companies. The Initiative was established in 2005 with the mission to define and develop standards, best practices, technology platforms, training and education programs, and communities of support for virtual worlds, virtual reality, augmented and mixed reality, simulations, game-based learning and training systems, and fully immersive environments such as caves and domes.

Thousands of faculty, researchers, staff and administrators are members of the Initiative, who together service millions of academic and corporate learners worldwide.

For more details, visit the IMMERSION 2014 website at http://summit.ImmersiveEducation.org/ 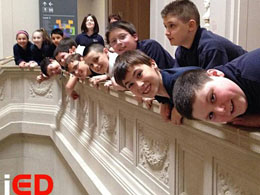 The Immersive Education Initiative (a not-for-profit organization) on Monday launched what is said to be the world's first global education scholarship fundable through bitcoin. Dubbed the "Learn to Earn" scholarship, the first grants will allow about 100 teachers and students in need of financial assistance in California to attend IMMERSIVE 2014, a conference taking place in Los Angeles this week. Later in the Fall, the second round of grants will allow students in K-12 institutions earn both credit and virtual currency "by completing intellectually challenging tasks using educational.... 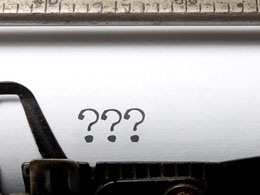 An Australian company has launched a 'bitcoin-based scholarship' with an initial essay competition to answer the question: "Digital currencies and the future: will bitcoin change the world?" Sydney-based Bit Trade Australia, a bitcoin buy and sell business (similar to Coinbase but for Australian users), is sponsoring the contest, billed as "Australia's First Digital Currency Academic Scholarship-Competition". The prizes, while not enough to put anyone through university at November 2013 bitcoin prices, are adequate to spur their winners' further engagement with the bitcoin world: 7 BTC for.... 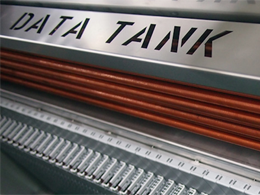 Bitcoin's biggest miner, BitFury, says it is launching the world's largest two-phase immersion cooling project. As part of its new $100m data centre in the Republic of Georgia, the firm will cool more than 40MW of processing power in 3M's engineered 'Novec' fluid. Masterminded by Allied Control, the immersion cooling startup BitFury acquired in January, the project will help the miner reduce energy costs as it continues its rapid expansion. BitFury CEO Valery Vavilov said in a statement: "We've taken many steps to optimize our infrastructure for securing the blockchain and blockchain.... 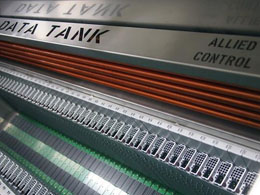 Valery Vavilov, BitFury CEO, recently told me in a one on one interview at TNABC (The North American Bitcoin Conference) in Miami that he believes in the technology of the blockchain. He sees the infrastructure that has been built up around it as amazing with endless opportunities. He told CCN that BitFury is making some moves to be able to make transaction processing (mining) more efficient and widespread beyond just making faster chips. In a move that goes along with that goal, BitFury is acquiring Allied Control; a top immersion cooling company based in Hong Kong. This move will allow....

Bitcoin mining companies are now increasingly experimenting with immersion cooling, a form of cooling that allows them to get more hashpower out of existing miners. According to industry insiders, this cooling alternative will become mainstream in the future, as leading companies are already taking advantage and retrofitting these cooling devices to existing mining operations. Immersion Cooling Getting Attention From Miners Miners are experimenting with an alternative and lesser employed method for maintaining their equipment, called immersion cooling. This cooling process....
Bitcoin