Alternative Currencies: Is There Staying Power?

“Distrust of government-issued currencies, or competitive threats involving businesses, for years has prompted the occasional alternative currency to emerge, but few have had much staying power."

Alternative currencies typically evolve when threats or economic problems occur and stabilization efforts are perceived as necessary. Few, however, have staying power. A review of various alternative currencies (operating either only in the U.S. or globally) suggests traditional payments industry players should monitor the initiatives’ progress but not necessarily shift their strategic direction in response.

“Distrust of government-issued currencies, or competitive threats involving businesses, for years has prompted the occasional alternative currency to emerge, but few have had much staying power,” says Jeffrey Green, director of Mercator Advisory Group’s Emerging Technologies Advisory Service and author of the report.

“Fears tend to subside once the situation stabilizes and conditions improve. But alternative currencies that complement and reward traditional payment card use have found a niche that will keep them prospering for years to come.”

Highlights of the report include:

This report is 24 pages along with five exhibits

Members of Mercator Advisory Group’s Emerging Technologies Advisory Service have access to this report as well as the upcoming research for the year ahead, presentations, analyst access and other membership benefits.

Mercator Advisory Group is the leading, independent research and advisory services firm exclusively focused on the payments and banking industries. We deliver pragmatic and timely research and advice designed to help our clients uncover the most lucrative opportunities to maximize revenue growth and contain costs. Our clients range from the world's largest payment issuers, acquirers, processors, merchants and associations to leading technology providers and investors. Mercator Advisory Group is also the publisher of the online payments and banking news and information portal PaymentsJournal.com.

Please visit us online at http://www.mercatoradvisorygroup.com/

- Research and Markets: Alternative Currencies: Is There Staying Power?

- As Alternative Currencies Have Yet to Catch on, Many Consumers Still Turn to Checks as a Popular.... 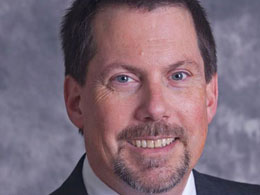 A new report has predicted the demise of Amazon Coins, arguing that the initiative goes against industry trends and could incur a user backlash. 'Alternative Currencies: Is There Staying Power?' is a report from Mercator Advisory Group, which specializes in reports to the payment industry. It charts recent developments in four areas: cryptocurrencies, community currencies started regionally, in-game currencies, and loyalty points tied to payment cards. Jeffrey Green, director of the emerging technologies advisory service at Mercator, and author of the report, argues that Amazon bucked the....

Mastercoin: A Second-Generation Protocol on the Bitcoin Blockchain

Alternative currencies have become a popular topic in the Bitcoin space. We have Litecoin and Primecoin introducing alternative mining algorithms with novel properties, PPCoin replacing mining entirely with a non-costly alternative, Ripple creating a cryptocurrency network that can store credit relationships and user-defined currencies, and over seventy more up and running with new ones being created every week. One particularly interesting project that has received a large amount of attention over recent months, however, is Mastercoin. The key difference in Mastercoin is this: rather than.... 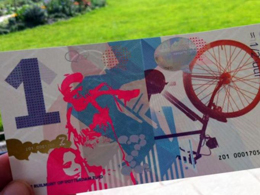 Communities throughout the Netherlands have embraced the idea of physical and digital alternative currencies, a local newspaper reported over the weekend. According to the Financieele Dagblad, Amsterdam, Nijmegen, Arnhem and Rotterdam have all seen currency alternatives to the euro catch on. In Rotterdam, in fact, there are two: the zuiderling and the dam. Both of those exist as digital currencies, though there are printed zuiderlings in circulation. Both currencies have become useful at the community level as forms of payment, especially for services, according the financial newspaper.

If You Earn Crypto for Staying Fit, Would You Do It? DEFIT Is Changing the Fi...

According to the ASI president, Central Bank Digital Currencies originate from Satan. And Bitcoin is not an alternative to currency but a speculative financial asset. ASI is a company that started in 1982 to deal in diverse alternative assets like foreign currencies, precious metals, and the pre-1933 United States gold coins. The company also has […]
Bitcoin