Korbit (https://www.korbit.co.kr),Korea’s leading bitcoin exchange, wallet and merchant processor, has closed a $3 million Series A funding round led by SoftBank Ventures Korea. Pantera Capital led the round from the US side, with participation from BAM Ventures and previous investors Bitcoin Opportunity Corp., Tim Draper, Pietro Dova and initial investor Strong Ventures.

Regarding the investor group, Korbit CEO Tony Lyu noted that,

“the leading investors in the Bitcoin space have chosen Korbit and continue to show support.”

"The costs and security issues arising from the reliance on financial intermediaries for credit guarantees has been mitigated through Bitcoin's technological innovation. Bitcoin provides big advantages in terms of cost savings and ease of use compared to traditional currencies and credit cards. I expect Bitcoin to create meaningful markets in payments and international remittance. Going forward, Bitcoin can play a role in wider variety of industries, for example enabling machine-to-machine transactions or acting as a platform for smart contracts."

“South Korea has a booming e-commerce market and was an early adopter of virtual goods. The government supports innovation and even the banking foundation is invested in Korbit. Pantera Capital is excited about the investment in Korbit and confident that Bitcoin will thrive in Korea because of its early adoption of innovative technologies and abundance of technical talent,”

“Pantera believes that Bitcoin has the potential to transform the way we use money. It will do for payments what the Internet has done for communications and commerce.”

Korbit introduced Bitcoin to Korea last year by opening the world’s first Bitcoin-Korean Won exchange. This year Korbit has started helping merchants accept Bitcoin through their processing service Korbit Pay (https://pay.korbit.co.kr). Said Korbit CEO Tony Lyu, “User excitement for Korbit Pay has vastly exceeded our expectations,” adding, “We’ll be focusing on improving the security and ease of use of our services with this new round of funding and continue to bring in top talent from around the world.”

Korbit started the world’s first Bitcoin-Korean Won exchange in April 2013. Korbit has previously raised $600,000 mainly from angel investors in Silicon Valley such as Tim Draper, Naval Ravikant and David Lee. Korbit is comprised of professionals from leading firms such as IDEO, UBS, Samsung Electronics, Microsoft and the Korea Exchange.

Korbit Pay is a merchant processing service for Bitcoin payments. Since launching in June 2014, Korbit Pay has signed up 400 merchant accounts. Offline merchants include Nescafe (coffee) in Gangnam and Natuur (ice cream) in Pangyo, while online merchants include Hanintel (lodging reservation) and News Peppermint (news translation). Said Korbit CEO Tony Lyu, “User excitement for Korbit Pay has vastly exceeded our expectations,” adding, “customers who experience making a payment with Bitcoin are generally surprised with the speed and convenience of the transaction.” Korbit Pay merchants are attracted to the service because of the low fees and the potential to reach over 5 million Bitcoin users around the world.

SoftBank Ventues Korea is a venture capital firm owned by SoftBank Corp. Formed in 2000, they operate a $300 million fund and have invested in over 170 promising startups. They focus on internet services and platforms, mobile services, digital contents and education. Previous investments include Alibaba, Nexon and DramaFever.

Pantera Capital is an investment firm focused exclusively on Bitcoin, other digital currencies, and companies in the space. Bitcoin is an entirely new thing – a “post-currency” ledger – that is borderless, secure, low-cost, and which allows virtually instantaneous payment and transfer.

Pantera was founded in 2003 by Dan Morehead, who was chief financial officer and head of Macro Trading at Tiger Management. 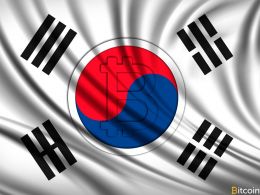 The currency with the fifth-highest Bitcoin trading volume today is the South Korean Won, already surpassing some larger financial centers such as the UK, Russia, and Indonesia. The country’s Bitcoin adoption is accelerating, and several factors indicate that it could outpace most other countries soon. Korea, with a population of over 50 million, has a.... 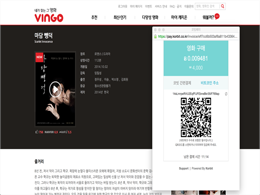 Korbit, the South Korea-based bitcoin exchange and merchant payment processor, announced that one of the biggest media empires in Asia, CJ E&M, will now be accepting bitcoin for its video-on-demand service, VINGO. CJ E&M is the media and entertainment subsidiary of CJ Group, one of the biggest business conglomerates in South Korea, which is also called a chaebol. Korbit only founded in 2013 but has already amassed over 25,000 user accounts and has signed up 500 merchant accounts, which are mostly small and medium-sized businesses. CJ E&M is the first listed company in Korea to begin.... 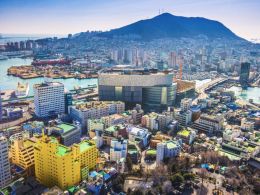 In an announcement via email newsletter today, Korbit, a South Korean Bitcoin exchange and wallet announced it is the first launching partner within South Korea to integrate BitGo Instant into their Bitcoin transfer and remittance protocol. BitGo is a Bitcoin security company that offers a multi-sig wallet and now BitGo Instant. Korbit is one of the most popular and widely used Bitcoin wallets and exchanges in South Korea. They currently offer a way to buy Bitcoin through regular ATM transfer transactions from major banks in South Korea. Now partnered with BitGo Instant, Korbit will add a.... 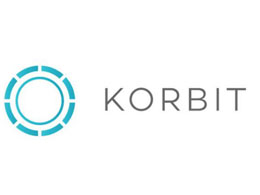 Korbit, the leading provider of bitcoin exchange, wallet, and merchant payment processing in South Korea has closed a $3 million Series A funding round, the company announced Monday. The funding was led by SoftBank Ventures Korea, in addition to Pantera Capital, and other investors that include Barry Silbert's Bitcoin Opportunity Corp., BAM Ventures, Tim Draper (who recently purchased a large amount of seized Silk Road bitcoins), and more. Speaking about the investors involved with the funding, Korbit CEO Tony Lyu said that, "the leading investors in the Bitcoin space have chosen Korbit.... 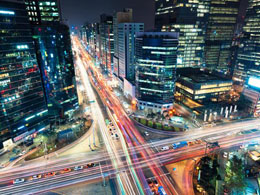 South Korean bitcoin startup Korbit has announced that it will receive $400,000 in funding from various Silicon Valley investors. If that figure doesn't impress, the names behind it might. The list includes DFC founder Tim Draper, AngelList founder Naval Ravikant, SV Angel founder David Lee and Barry Silbert, founder of SecondMarket and a high-profile bitcoin advocate. Draper said bitcoin's growth in Korea has been remarkable, adding that Korbit is setting a good example for bitcoin companies around the world. He argues Korea could play a leading role in the future of global finance by....
Bitcoin