Bitcoin Press Release: Leading Sportsbook and Casino 1xBit announces support for EOS cryptocurrency, as it strives to offer cheaper transactions to its users, and stay abreast of the rapidly evolving crypto betting market.

7th October 2020, Limassol, Cyprus – Leading cryptocurrency sportsbook and casino 1xBit has announced its support for EOS transactions, enabling its users to take advantage of the cheaper, faster transactions offered by the cryptocurrency. All 1xBit users will now be able to deposit, and withdraw the (delegated-proof-of-stake) cryptocurrency on the betting platform.

With no transaction fees, and a blockchain capable of processing over 4000 transactions per second, 1xBit believes EOS will become a welcome addition to the already broad range of digital currencies supported by its growing brand.

Launched by Block.one CTO Daniel Larimer in 2017, EOS is a smart contract blockchain platform, and the second biggest platform used for designing fully decentralized applications (Dapps) today. EOS utilizes a Delegated-proof-of-Stake consensus mechanism, with the prime objective of delivering the fastest, cheapest and most scalable smart contracts in the world.

So how does this affect crypto gamblers and general users of the cryptocurrency? Well, when compared to the similarly designed Ethereum, EOS can execute far more transactions and does not need gas for them to be completed. So it is both a cheaper and faster alternative to the ERC-20 token.

Widely known as the biggest competitor to Ethereum, EOS may not have as many everyday users, yet, but already boasts superior smart-contract execution numbers and gas-free transactions. So how do the cryptocurrencies stack up against each other where it really matters?

Scalability and cost are the two factors that the everyday user looks at when adopting a new digital currency. When it comes to scalability EOS certainly has the upper hand. ETH supports around 30 transactions per second, while EOS can execute 4,000. Ethereum co-founder italik Buterin claims ETH 2.0 will process 100,000 transactions, but the launch is currently delayed until November 2020.

Contrastly, EOS was designed with the express purpose of offering the fastest possible transactions, using parallel transaction processing, and minimizing the block producers resulting in a faster throughput.

ETH’s issue in scalability has had a domino effect in regards to payments, with the 30 per second transaction limit often causing network congestion, resulting in sky-rocketing gas fees. December 2017 saw ETH gas fees shoot up to an average of $4 per transaction.

EOS does not use gas for transactions, however, EOS holders must proportionately share in the network bandwidth, processing power, and storage required to run the network, which requires some RAM from each user. EOS users do not pay any transaction or networking fees

1xBit sportsbook and casino is known for not only being a pioneer for the crypto betting industry, but for the wider adoption of cryptocurrency in general, so it is no surprise that it has chosen to support EOS. 1xBit offers a comprehensive range of casino titles, a professional sportsbook, and always has new updates for games and promotions.

The industry-leading betting brand has translated its site into 60 different languages, adapted it for iOS and Android, offers cutting edge mobile developed titles, and boasts a sign-up bonus of up to 7 BTC.

1xBit allows users to make deposits and withdrawals in over 20 different cryptocurrencies, and now with the new EOS support users will be able to take advantage of the free, rapid transactions to get their winnings faster than ever, and not lose a cent. Deposit EOS and start playing today.

Check out the official 1xBit blog for the latest articles – https://1xbit.com/blog/

1xBit is the source of this content. This Press Release is for informational purposes only. Virtual currency is not legal tender, is not backed by the government, and accounts and value balances are not subject to consumer protections. Cryptocurrencies and tokens are extremely volatile. There is no guarantee of a stable value, or of any value at all.

- SpaceBTC Bitcoin Exchange has launched its service for traders 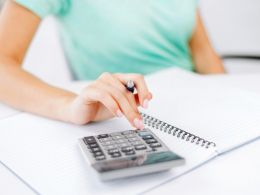 21 Inc, best known for developing its bitcoin computer has launched a free web application that would help bitcoin users determine the fee required to confirm a transaction in a given amount of time. The app and service, hosted on bitcoinfees.21.co, offers real-time figures to show relevant fee amounts that are being paid on the bitcoin network. The service also shows the expected times for confirmation of transactions. Fees are established in satoshi(s) per byte, making a nod to the smallest denomination of a bitcoin. When sending bitcoin payments, users are typically required to send a.... 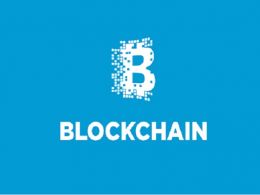 Dynamic Fees For Blockchain.info Users Are A Welcome Change

Default Bitcoin transaction fees are becoming a thing of the old, even though most digital currency users prefer to spend as little money as possible to move funds across. At the rate of 0.0001 Bitcoin per transaction - worth US$0.0415 at the time of writing - fees have been on the low end of the scale for quite some time now. However, miners prioritize transactions based on their associated fee, and if everybody keeps using the same amount, congestion is a - somewhat - logical result. Blockchain.info has been under a lot of stress in recent times, as the platform has been facing several.... 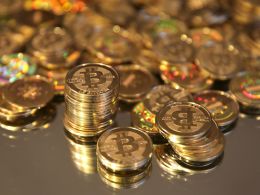 The Quick Death Of The Zero-Fee Bitcoin Transaction

Ethereum has seen immense congestion as of late due to an influx of transaction demand. The transaction demand stems from the rise of decentralized finance applications, which take up a large amount of block space. ETH miners have collected so many fees that data shows that they made eight times more than Bitcoin miners in transaction fees over September. Proponents of Ethereum say that this is a positive sign for the cryptocurrency, as it may […]

Bitcoin mining is an important part of the bitcoin ecosystem. Miners who participate in mempools help to confirm transactions for which they receive a reward once a transaction is cleared. Usually, the mempool is ‘free’ and transactions go through easily with low fees but there are times when the mempool fills up causing transactions fees to surge. This was what took place at the start of March. Bitcoin Transaction Fees Surge At the beginning of the month, bitcoin had experienced higher transaction fees. These higher fees were as a result of transaction clustering in the mempool. Once the....
Bitcoin