Online film distribution experts are looking to use crypto-currency to put the power back into the hands of the fans in a Walt Disney-style effort that could change the movie industry as we know it.

Filmfund.io, the first cryptocurrency-backed movie crowdfunding platform is announcing the launch of the TIX bitcoin crowdsale to raise 3,000 BTC to jumpstart operations and establish the first-ever Bitcoin Trailer Fund (BTF). The BTF awards filmmakers with bitcoin toward trailer production for campaigns on the Lovingood Filmfund crowdfunding platform. Upon successful funding of its 3,000BTC crowdsale, Lovingood Filmfund will award 12 filmmakers with 50BTC to launch campaigns toward the studio’s first online movie distribution slate.

Lovingood Filmfund (filmfund.io) is a new entertainment crowdfunding and distribution platform that uses a crypto-token system (TIX) to enable filmmakers to sell digital presale tickets to their film to fans and investors before it’s made. Once the pre-determined ticket sale goal is met, the filmmaker now has the budget to produce their movie without the stress of having investors to pay back. Once the movie is ready for release, the film has built-in distribution through the Lovingood Filmclub platform and a group of fans ready to spread the word. Presale ticket holders can either use their TIX to watch a movie on the platform (and see their name in the credits) or sell their tickets on our TIX exchange to another moviegoer for a fixed retail price and make a small return.

Founded by Marcus and Mark Lovingood and joined by Oscar-winning Hollywood producer Brad Wyman, Lovingood Studios (Filmfund.io/Filmclub.io) is an all-in-one film crowdfunding and distribution platform, creating a new and exciting model for filmmakers of all shapes and sizes. This gives filmmakers looking to bypass the high-barrier studio industry a self-sustainable option and provides the power of the internet to drive billion dollar box-offices online. Lovingood and Wyman have a list of high-profile industry producers and directors (XMEN, Off Their Rockers, Dark Knight) to collaborate and launch Filmfund campaigns with, creating star-studded movie slates that will entice audiences across the world.

The Lovingood Studios team is launching a Bitcoin Crowdsale on September 25th, 2015 to bitcoin enthusiasts who would like to get their hands on the TIX currency and be the first to experience this new revolution in film finance. The studio is partnering with Coinprism and CEO Flavien Charlon to handle the crowdsale and distribution of the entertainment-backed currency. 100,000 ETIX can be purchased for $5/TIX (.02BTC) starting at 00:00:01 on Friday, September 25th, 2015 until 00:00:00 on Sunday, October 25th, 2015. 1,000 VIPTIX can be purchased for $235/TIX (1BTC) starting at 00:00:01 on Thursday, October 15th at 00:00:01 until 00:00:00 on Sunday, October 15th, 2015. A select number of bitcoin enthusiasts will be invited to the invite-only beta launch on Thursday, September 24th, 2015. ZapChain is hosting an exclusive Q&A with Marcus Lovingood and team at 11AM on Friday.

For more information on being part of our launch, sign up at http://www.filmclub.io/

How a 29-year-old Ross Ulbricht (aka Dread Pirate Roberts) built an online illegal-drug marketplace called "The Silk Road" will soon be in motion picture. Ulbricht was sentenced to life in prison last year by Judge Katherine Forrest in New York after being handed five sentences: one for 20 years, one for 15 years, one for five and two for life. All are to be served concurrently with no chance of parole. According to the Hollywood Reporter, the true story project is based on a two-part Wired magazine article by Joshuah Bearman, was set up in 2013, with best-selling author Dennis.... Hollywood Sign, Amy Winehouse Photo to Be Auctioned as NFTs

Non-fungible tokens can be sold to raise funds and two independent initiatives are now going to use proceeds from NFT auctions to finance charity projects. The tokens will represent one of the best known American landmarks, the Hollywood Sign, and a New York photograph of the late singer Amy Winehouse. Hollywood Sign to Be Sold as NFT to Raise Funds for Charity The Hollywood Sign, a world famous landmark in the hills above Los Angeles, will be offered as a non-fungible token (NFT) to collect funds in support of charitable initiatives. The NFT will be launched by Sugar23, an emerging.... 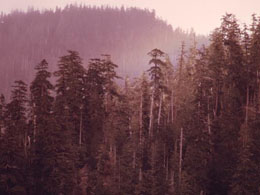 WoodShares On Its Crowdsale & Saving The World's Timberlands

WoodShares is the first Distributed Collaborative Organization (DCO) with a green focus, allowing members to decide and wield control over funds through active participation using the swarm.fund model. The DCO model established by Swarm is one-of-a-kind, and is opening the floodgates for companies to legally raise money via crowdsales and for participants to have shared control of the project via tokens. WoodShares is like a financial futures option on "the distributed and collaborative investment on shares of commercial timberlands." The environmental timber project, backed by.... 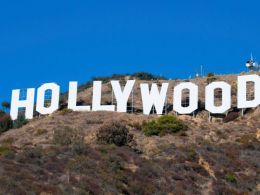 Fox Studios is working with the Coen Brothers to make a movie on Silk Road and Ross Ulbricht. Hollywood is known for making movies on almost anything. Why should Silk Road or the darknet be any different to them? Well, it isn’t and that’s what the Coen Brothers and FOX are going to do; make a movie on Ross Ulbricht and his brainchild, the darknet marketplace — Silk Road. According to reports, the famed Oscar-winning screenplay writers, Joel and Ethan Coen will be working on the story for Fox Studios’ exclusive thriller movie, Dark Web which was earlier titled Silk Road. The screenplay is.... After a great number of well known product brands like Burger King, Axe, Snickers, Milky Way, and Slim Jim have been riding the dogecoin hype, the American meat and cold cut manufacturer ​​Oscar Mayer has also jumped on the dogecoin bandwagon. Similar to Axe, Oscar Mayer has also created a dogecoin-centric product and is auctioning a “10-pack of weenies” that features the famous Shiba Inu. A 10-Pack of Doge-Themed Weenies Oscar Mayer is a well known hot dog and cold cuts as the Kraft Heinz-owned firm has been around for years. In fact, the Mayer brothers started....
Bitcoin